Day 2: Nagoya Castle
Monday, March 17th, 2008
Yasuko had some errands to run the first morning, so her father decided to entertain me bringing me out for a drive around Nagoya. Keep in mind that I don't speak Japanese, except for a couple of words, and that he doesn't speak much English either. Somehow, though, even without talking, we spent a few pleasant hours together, driving around in his beautiful car, while I was taking pictures of the city.

Let me rephrase that. If you take away the embarrassment of being in the car with Yasuko's father and not being able to talk much with him, it was an almost exhilarating experience for me to be finally there, taking pictures of this world completely new to me, while being driven around this amazing city, in a cool convertible Mercedes! An experience that I will never forget!

Nagoya is the third-largest incorporated city of Japan. It is the capital of Aichi Prefecture and is one of Japan's major ports. 2.5 million people live in the city, with almost 9 million people living in the metropolitan area surrounding the city.
It shouldn't surprise, then, that the drive from the residential area where Yasuko's parents live to the center of the city took almost an hour.

One of the most surprising features of the city, for me, were the elevated expressways that crisscross the entire city, running above some of the major streets. Nagoya City has been confirmed to have two active faults running through it. It is believed that they may cause an earthquake of over M7.
The great Hanshin earthquake of 1995 was M7.3, and it caused over 6,000 victims in the city of Kobe. Having in my eyes the graphic images of the collapsed elevated Hanshin Expressway that made front pages of newspapers worldwide, I would have not expected to find elevated highways in Nagoya.

Most people in Japan believed those structures to be relatively safe from earthquake damage because of the steel-reinforced concrete design. It was later shown that most of the collapsed structures were constructed properly according to the building codes in force in the 1960s. However, the steel-reinforcement specifications in the 1960s regulations had already been discovered to be inadequate and revised several times, the latest revision being in 1981, which proved effective but only when applied to new structures. Which is the case for the the Nagoya elevated expressways, which, in some places, even run on two different levels, as shown in the picture below.

Had it been for me, we could have just kept driving around town, but Masao had a destination in mind, the famous Nagoya Castle, located in the center of the city.
Once we reached the castle, we parked the car and, before entering the walls through the main gate, we first took a walk around the garden that surrounds the impressive stone walls. 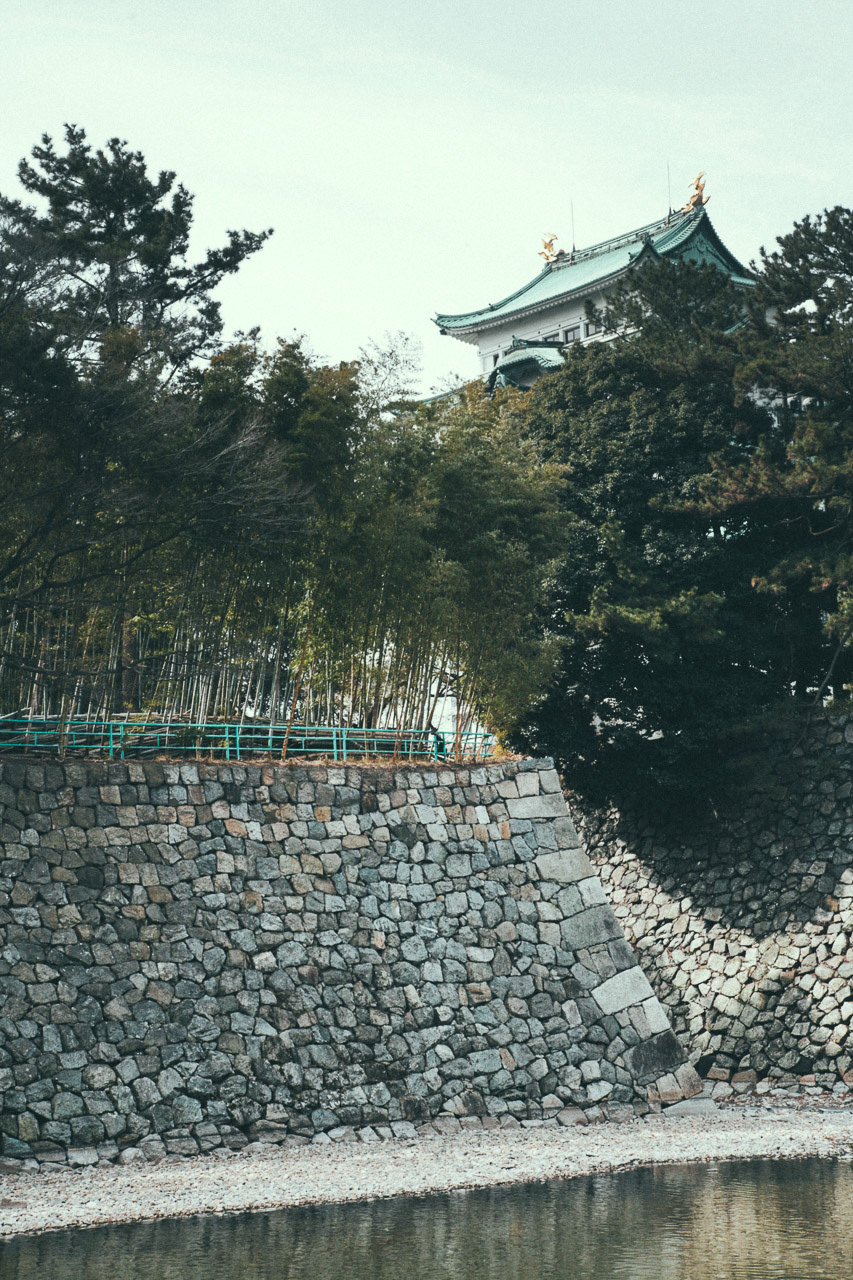 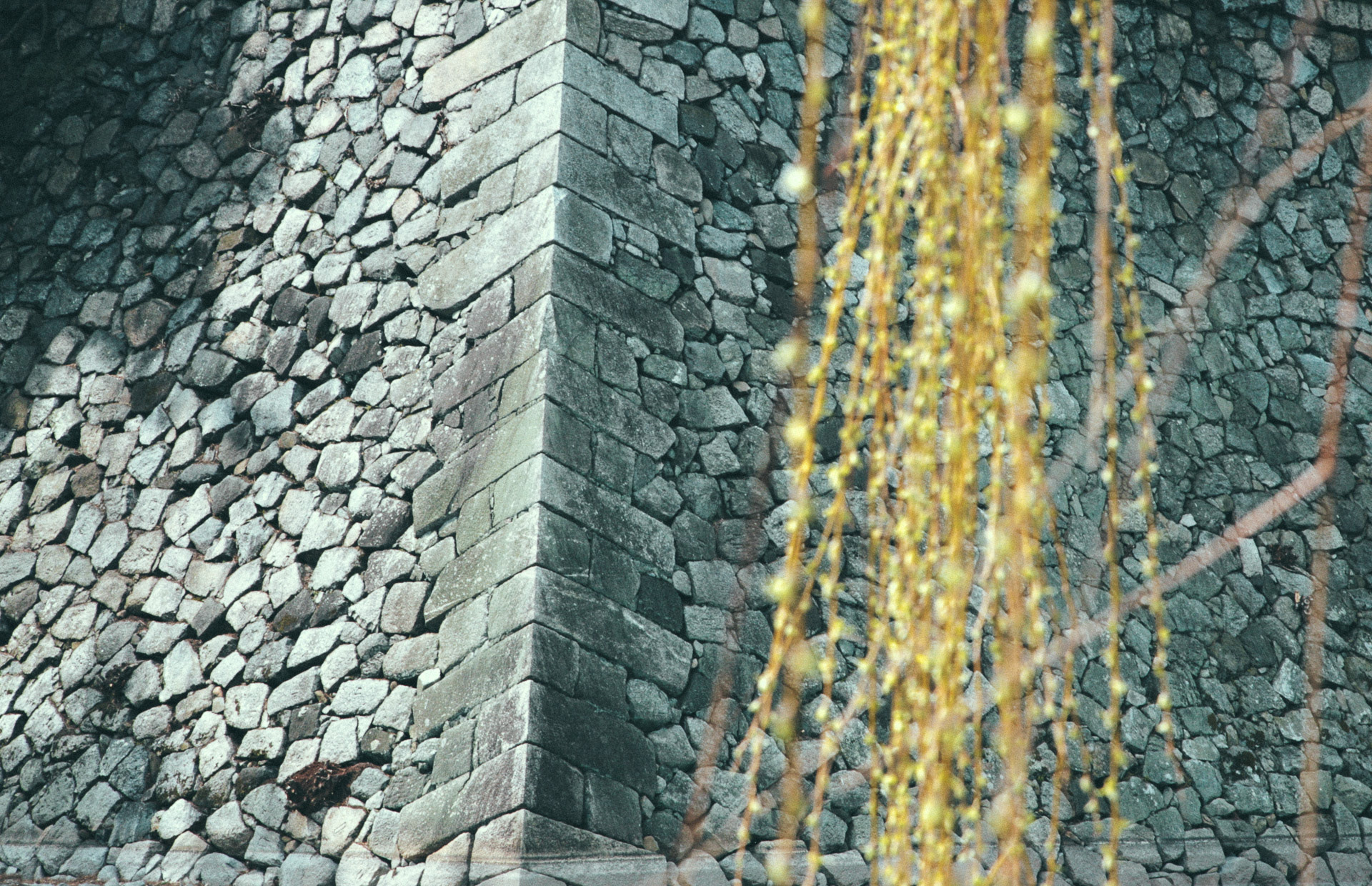 Being a Monday morning, there weren't many people in the gardens surrounding the castle. Just a few elderly people that were either walking around like us, or doing exercises.

We also spotted a couple of homeless people napping along the walls of the castle, enjoying the morning sun.

Japanese people tend to ignore the homeless and give them space. Homeless in Japan are rarely harassed by the police (or anyone else). Japanese homeless people are remarkably polite and quiet. They never ask for money. Many homeless live in makeshift tent communities by rivers or in parks and they are known to care for stray animals in urban parks.

Having walked the entire perimeter of the walls, we entered through the main gate into a plum grove which was in full bloom. While Masao was buying some tea from the vending machines, I walked straight into the grove trying to take a few pictures of the castle through the branches of the trees covered with beautiful flowers, until a security guard approached me and politely explained that I wasn't supposed to be walking into the grove.

From there we crossed the second moat and entered the main area of the castle through the Second Front Gate. Many of the gates of Nagoya Castle have a square layout, and the stone walls include several large stones to demonstrate the castle's defenses. Here Masao is demonstrating the size of some of these stones.

One of the main architects who designed and directed the building of the Nagoya Castle was Nakai Masakiyo. He had gathered and refined existing castle and fortification construction technology and techniques and ultimately formulated the standards for the Tokugawa Shogunate's castles, as exemplified by Nagoya Castle. In August 1610 the stone foundation of the main donjon was completed, and by December construction of the stone walls was almost completed.
The aerial bombardments of Nagoya by the United States Army Air Forces as part of the air raids on Japan brought the most destruction to the castle in its entire history. On May 14, 1945, the main donjon, small donjon, golden dolphins, Honmaru Palace, northeast turret, and other buildings were completely destroyed in air raids.
In 1957, reconstruction of the castle donjons was started. Second-generation golden dolphins were cast in the Osaka Mint and transported to the castle. On October 3, 1959, reconstruction of the two donjons (in the picture above) was complete, and the buildings were opened to the public. 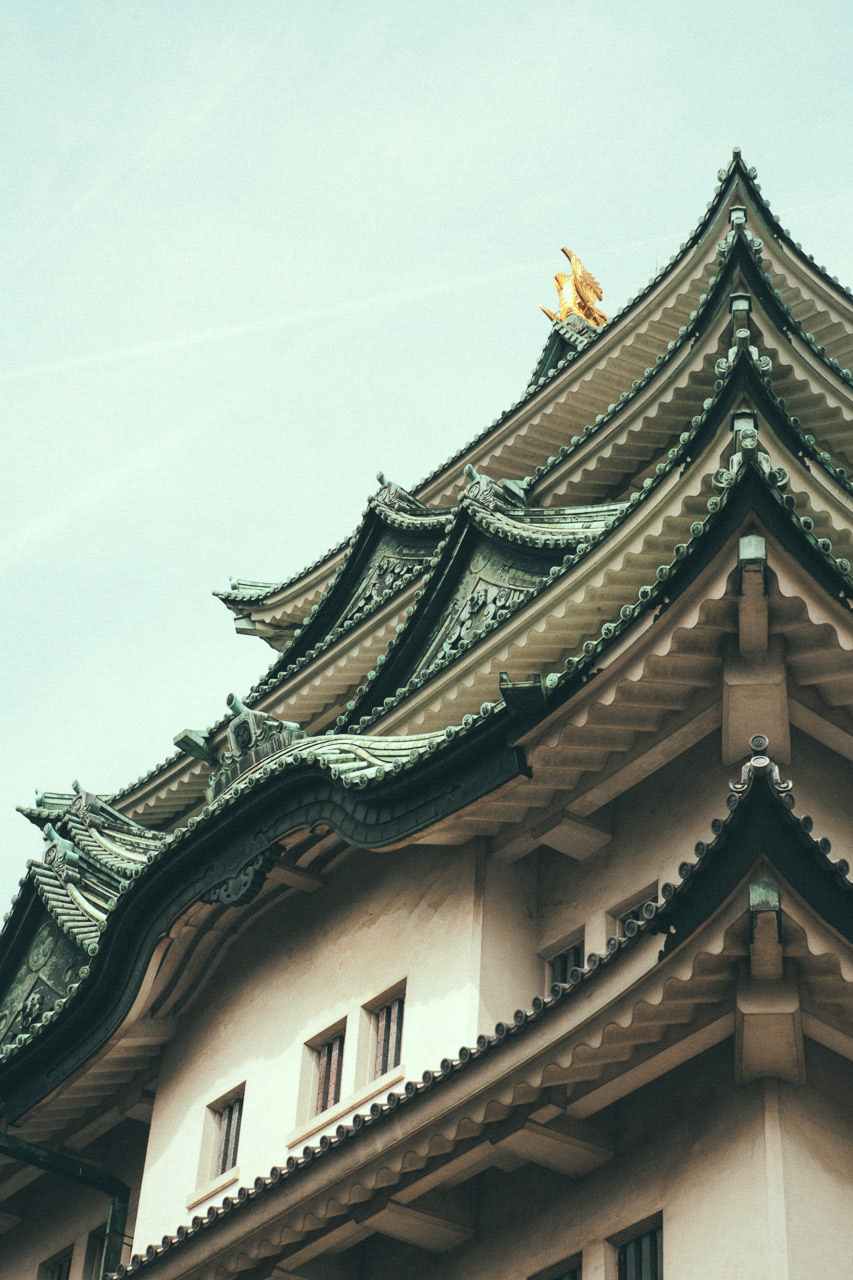 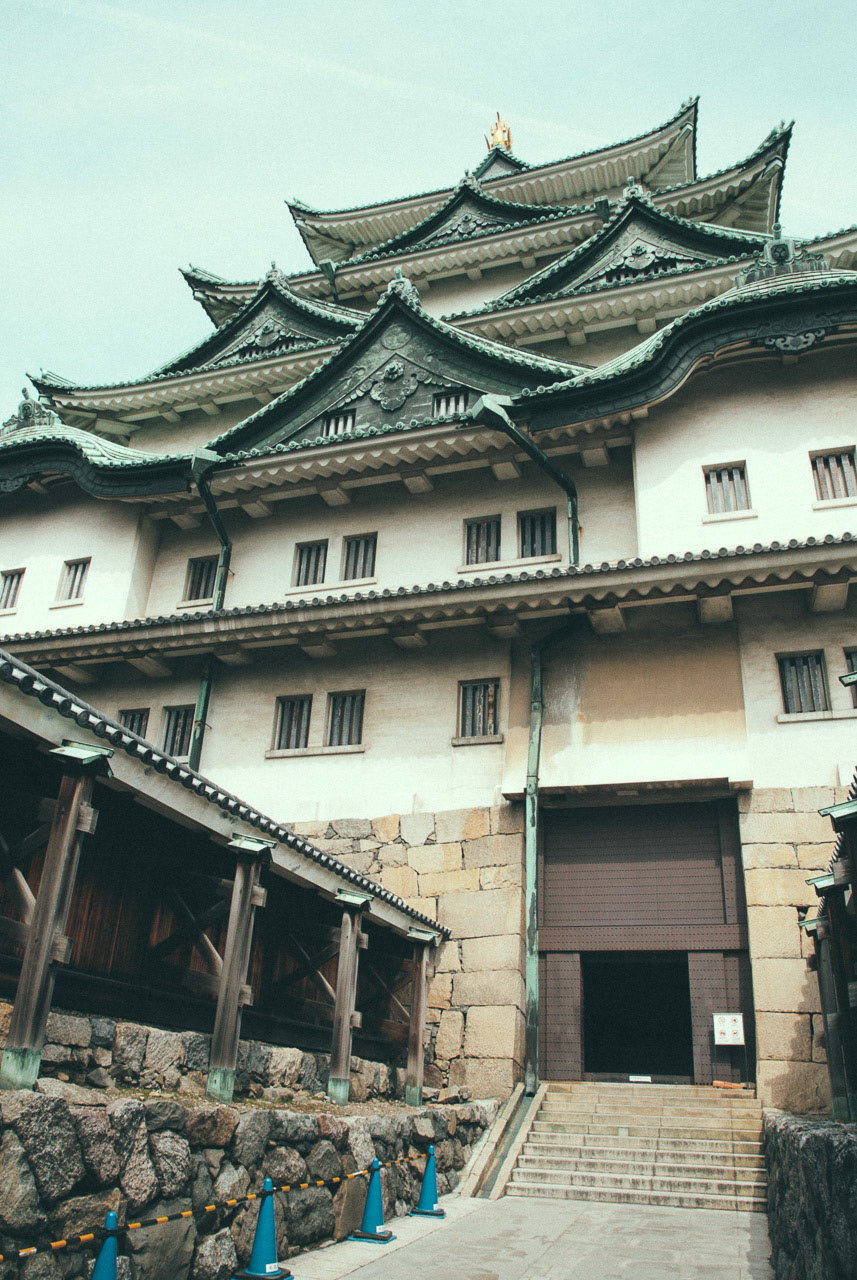 A couple of pictures taken from the last floor of the main donjon. In the view above you can see the small triangular-shaped plum grove and the main gate (through the trees). In the view below, you can see the area where Hommaru Palace used to be. More in the distance, the Ninomaru gardens where the tea house is located, which is where we headed next, to enjoy my first cup of green tea with a delicious sweet made with sakura (cherry flowers).

Nagoya Station is relatively not too far from the city castle, so that's where we headed after leaving the beautiful gardens. 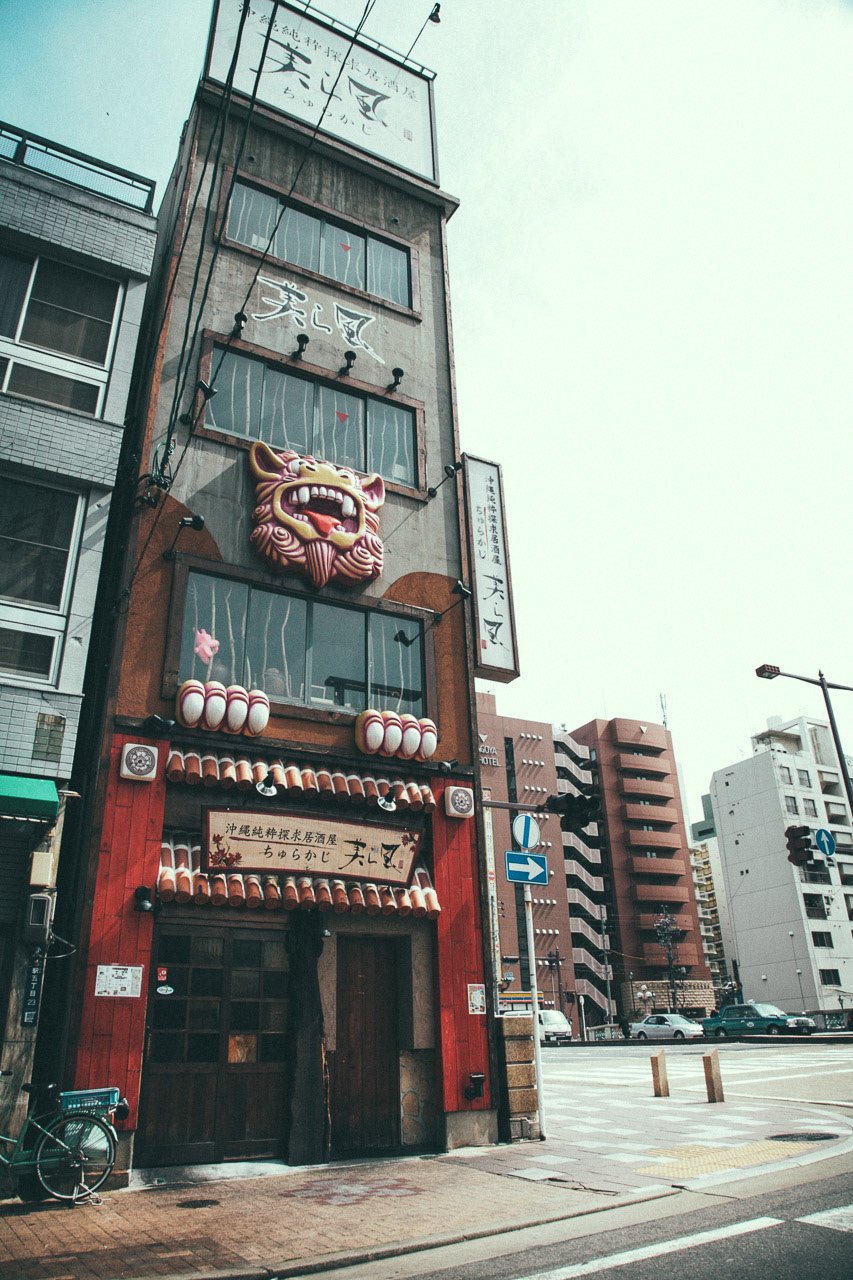 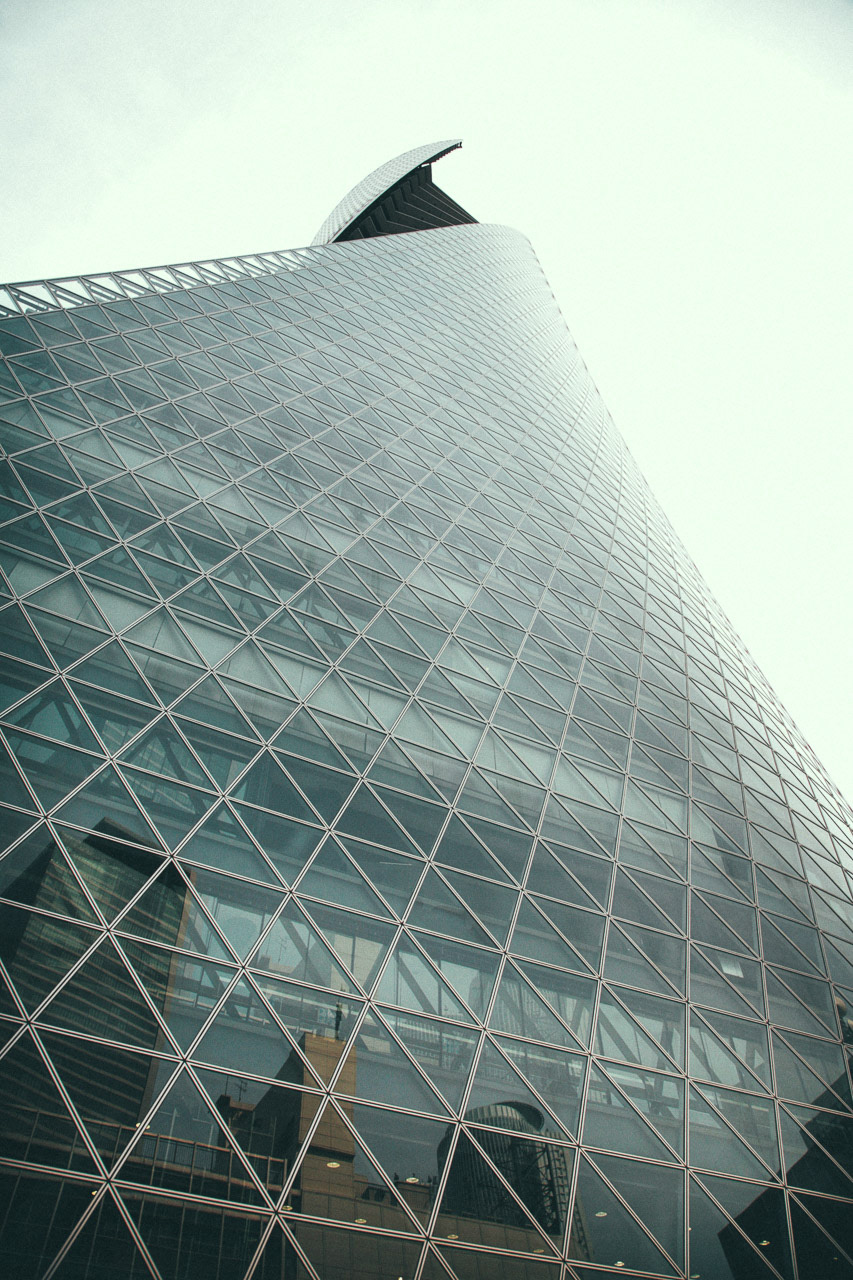 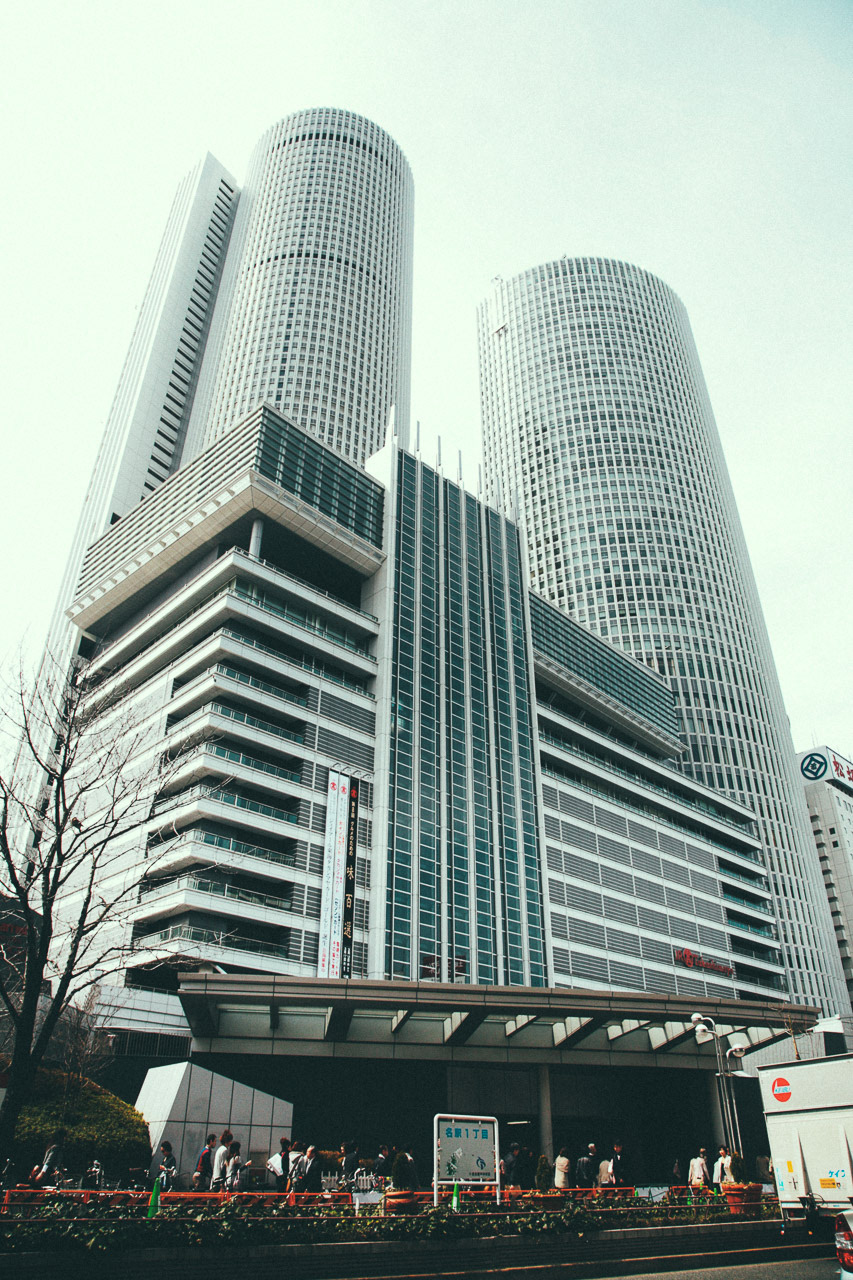 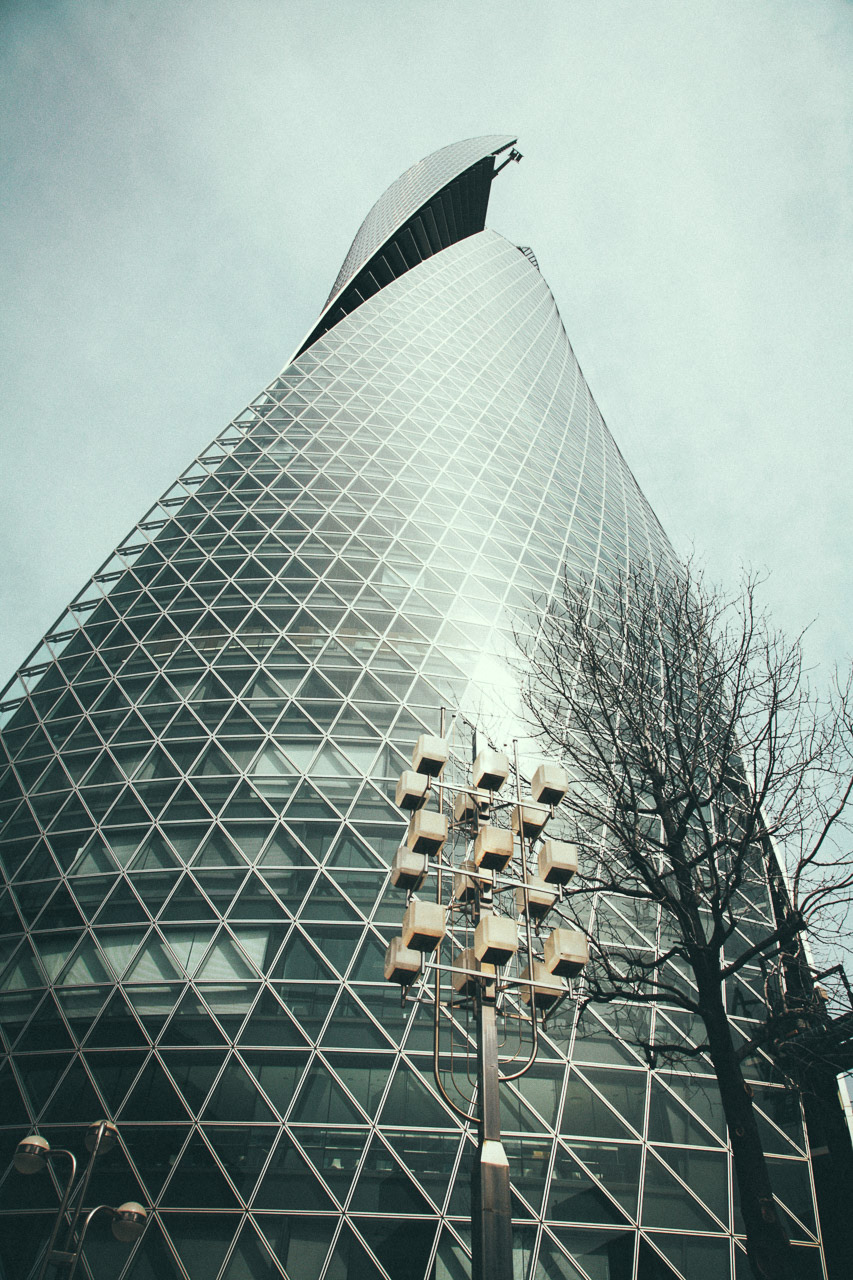 By the time we reached the station it was already noon, so we headed back to a sukiyaki restaurant where the rest of the family was waiting for us. Sukiyaki consists of meat (usually thinly sliced beef) which is slowly cooked or simmered at the table, alongside vegetables and other ingredients, in a shallow iron pot in a mixture of soy sauce, sugar, and mirin. Before being eaten, the ingredients are usually dipped in a small bowl of raw, beaten eggs.

Back to Fourteen days in Japan
Continue to: Day 3: Satsuki and Mei's Totoro House
↑Back to Top