Day 14: Route 66 to Las Vegas
Thursday, July 16th, 2009
A cross country road trip through the United States wouldn't have been complete without driving at least a few miles on U.S. Route 66. Also known as the Mother Road, was one of the original highways within the U.S. Highway System, and became one of the most famous roads in America. It originally ran from Chicago, IL, through Missouri, Kansas, Oklahoma, Texas, New Mexico, and Arizona before ending at Santa Monica, CA, covering a total of 2,448 miles (3,940 km).
We reached Route 66 in Williams, AZ, where we took a quick stop at the Twisters Soda Fountain, a great diner which serves the best milkshakes ever! 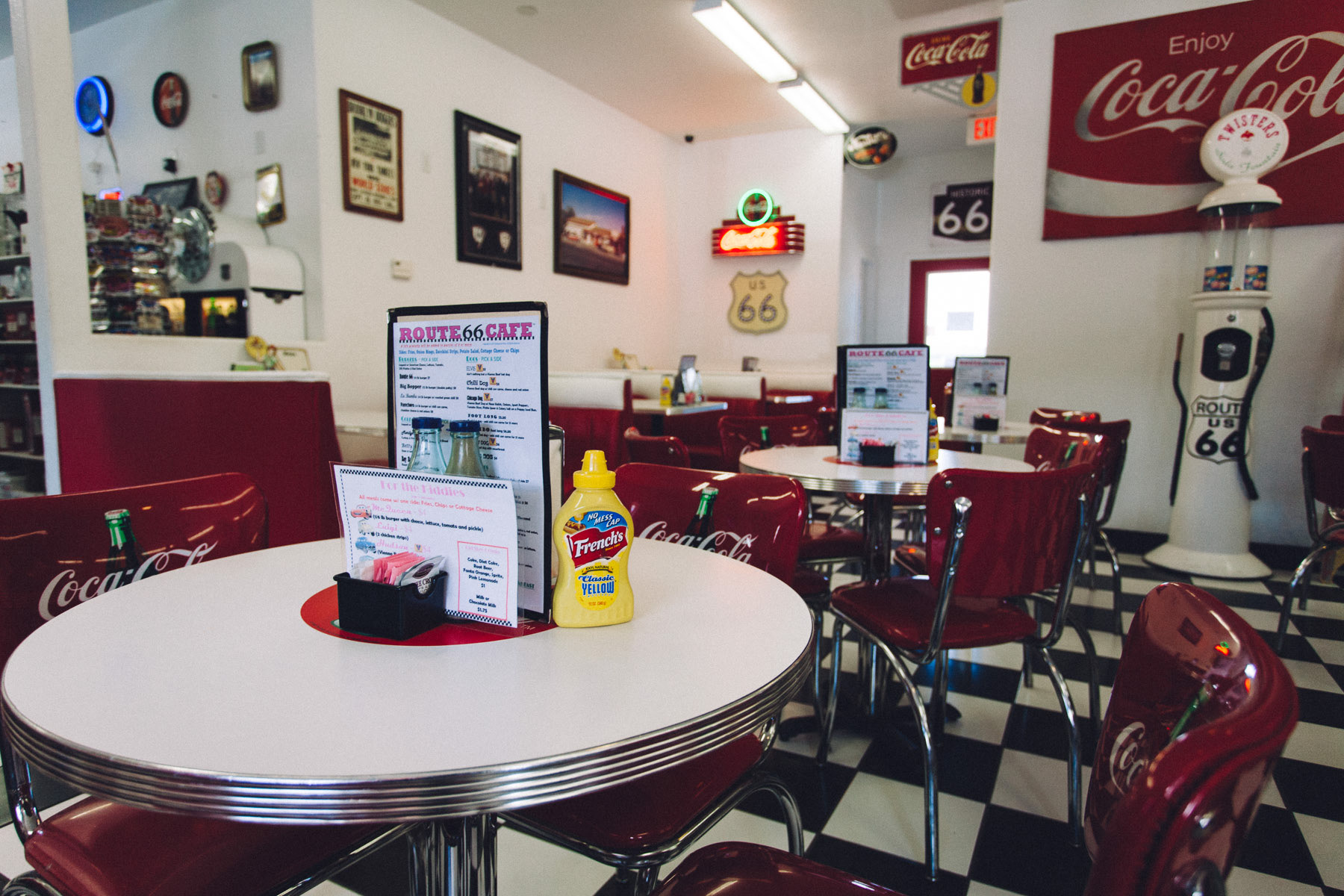 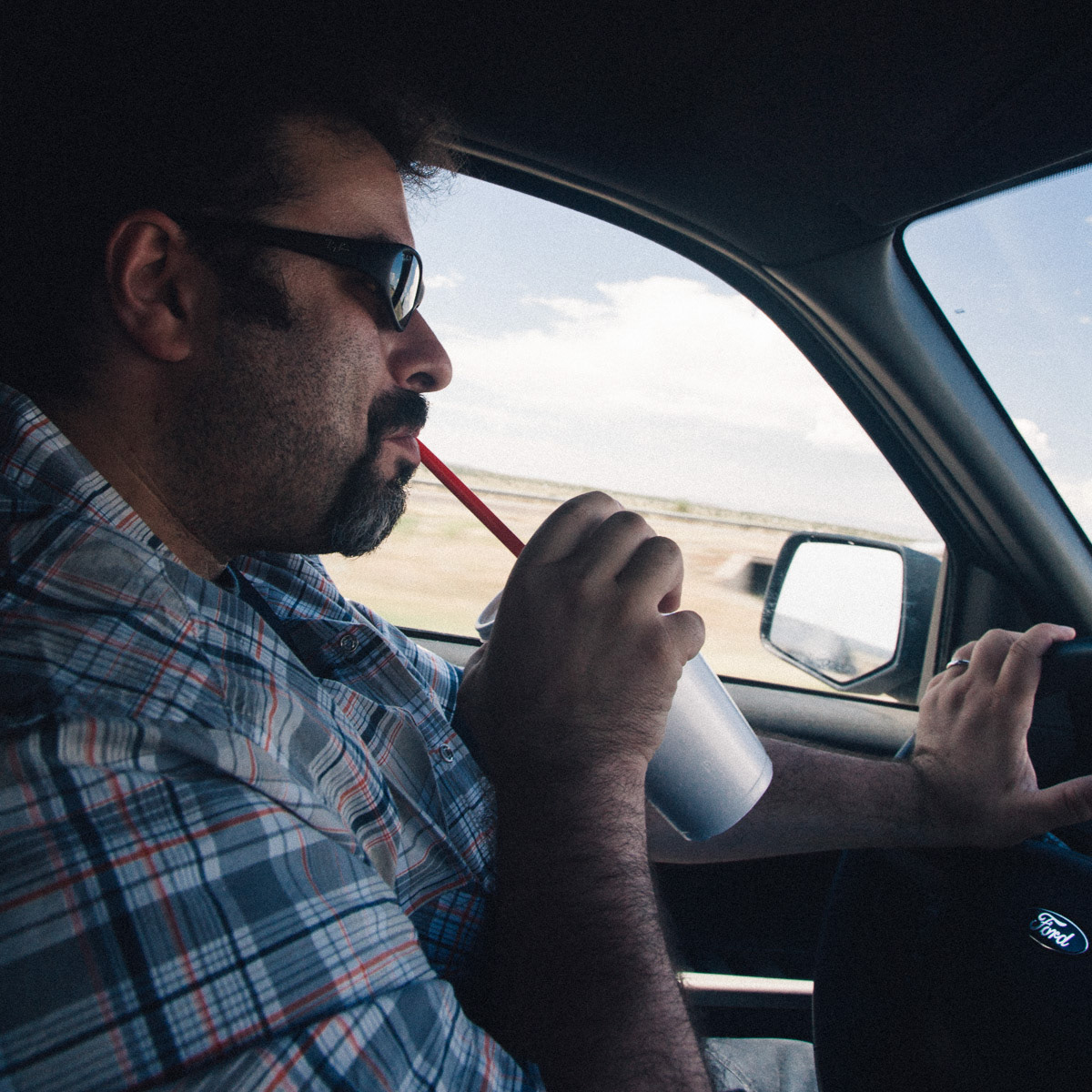 After a quick stop at the Williams Depot, the original Santa Fe Railroad stations in downtown Williams, we finally hopped onto Historic Route 66, direction Kingman, AZ. 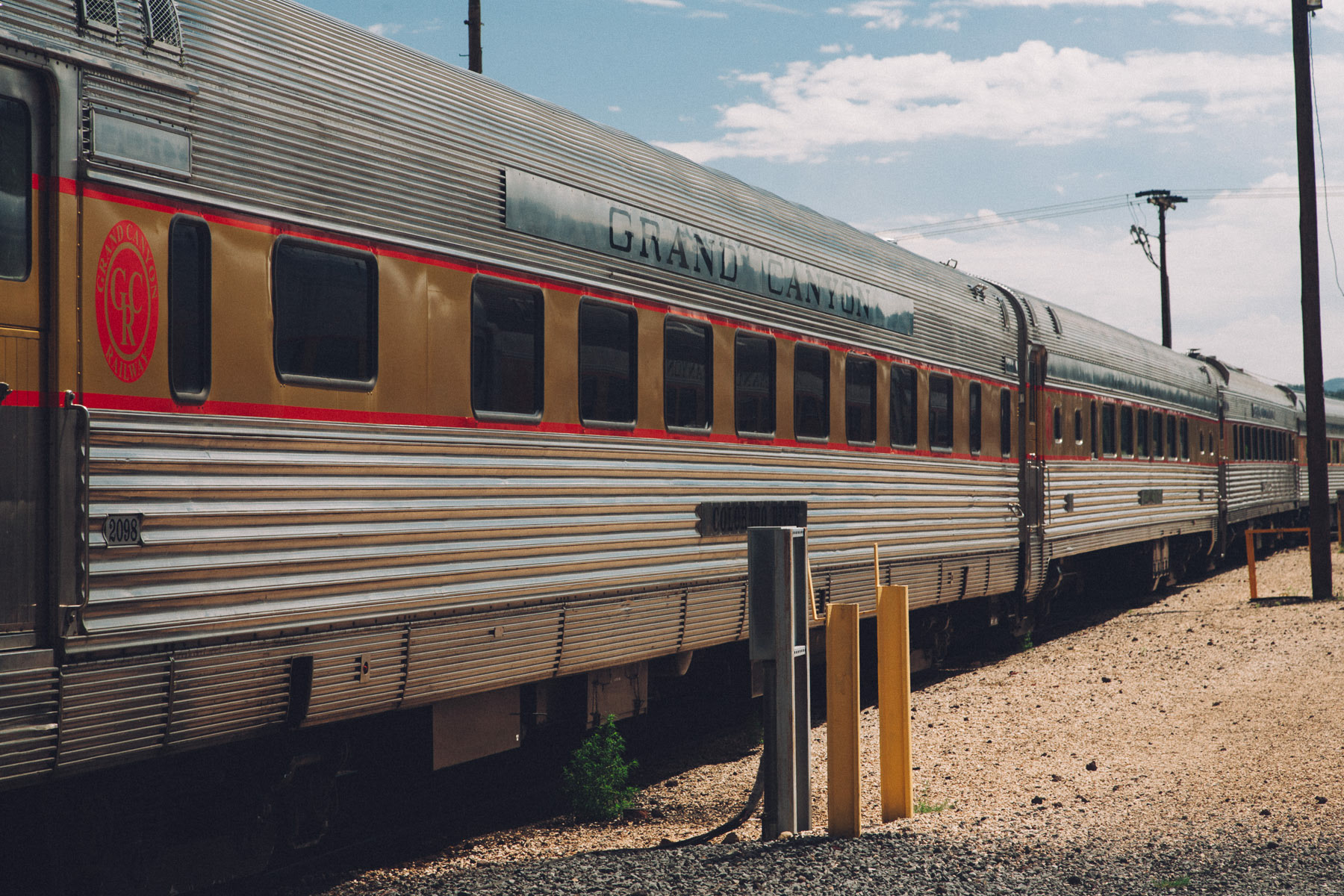 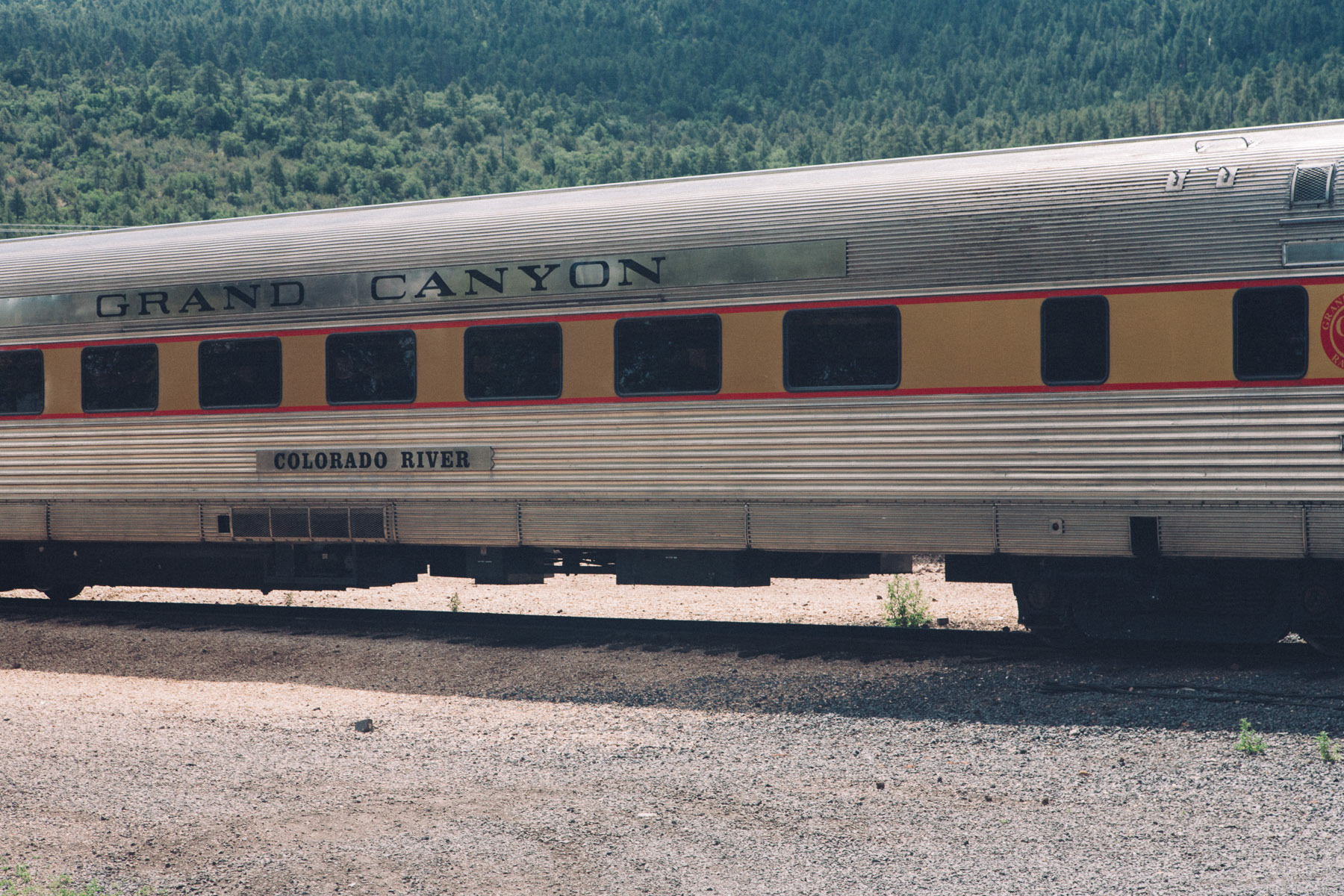 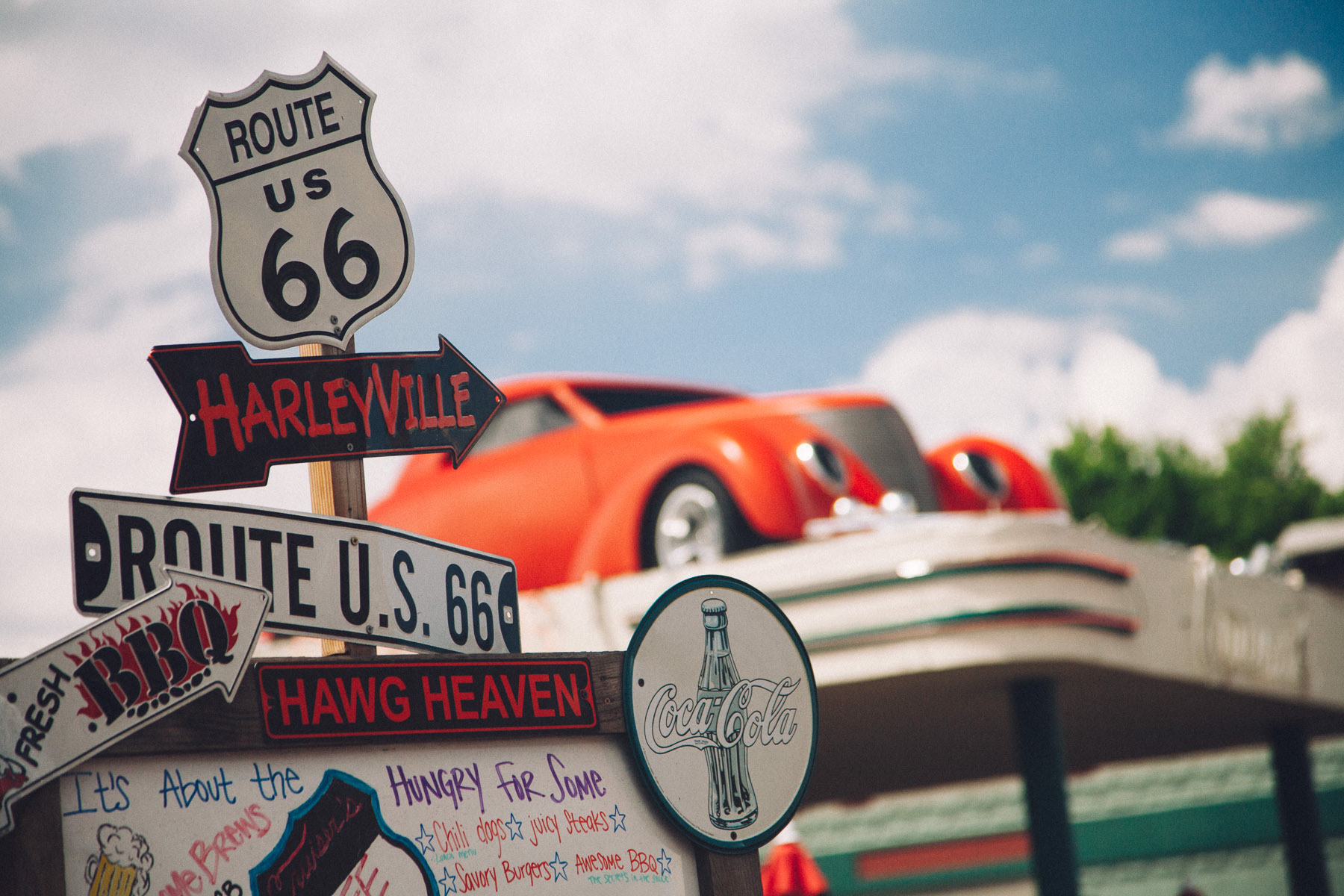 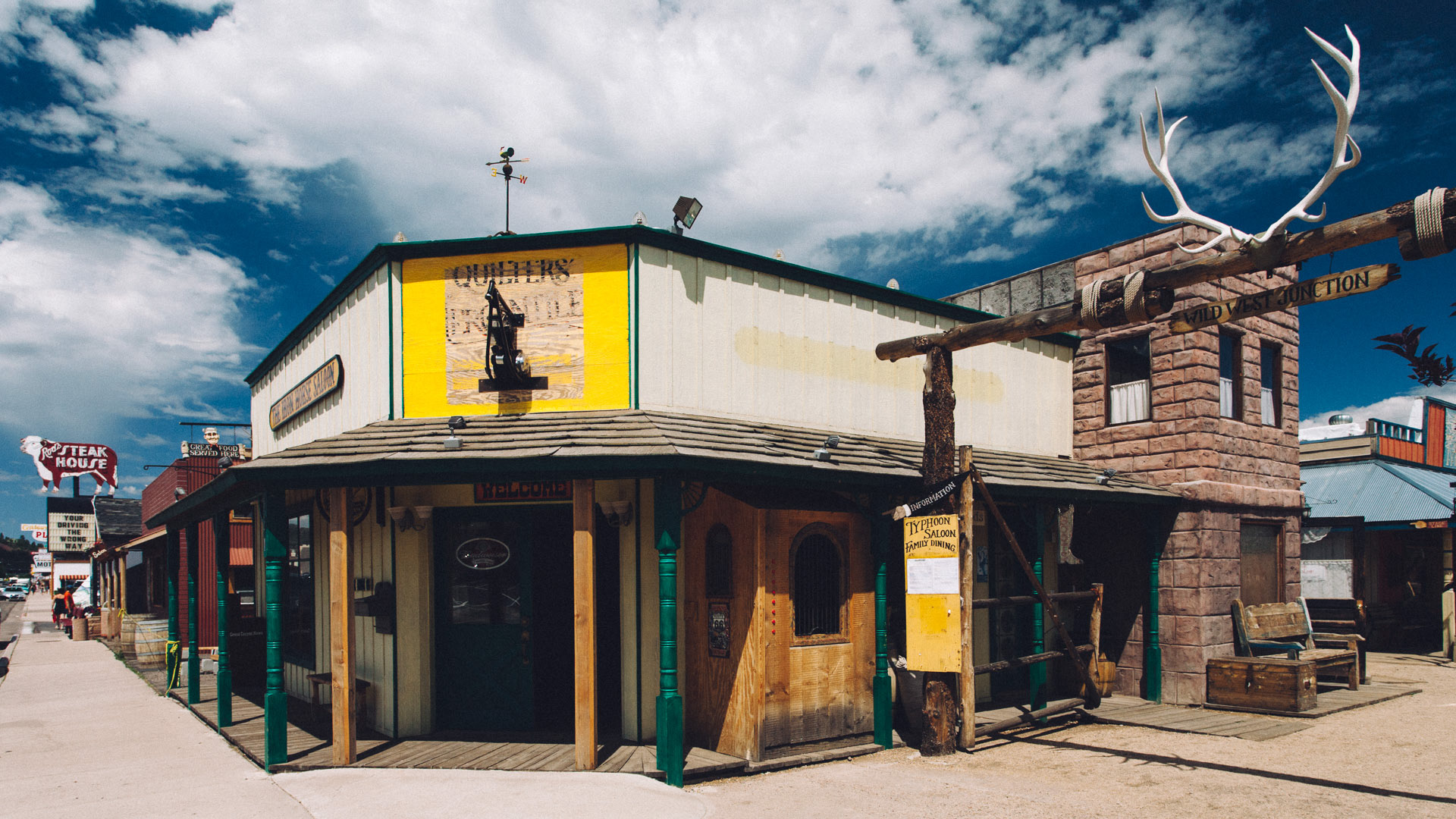 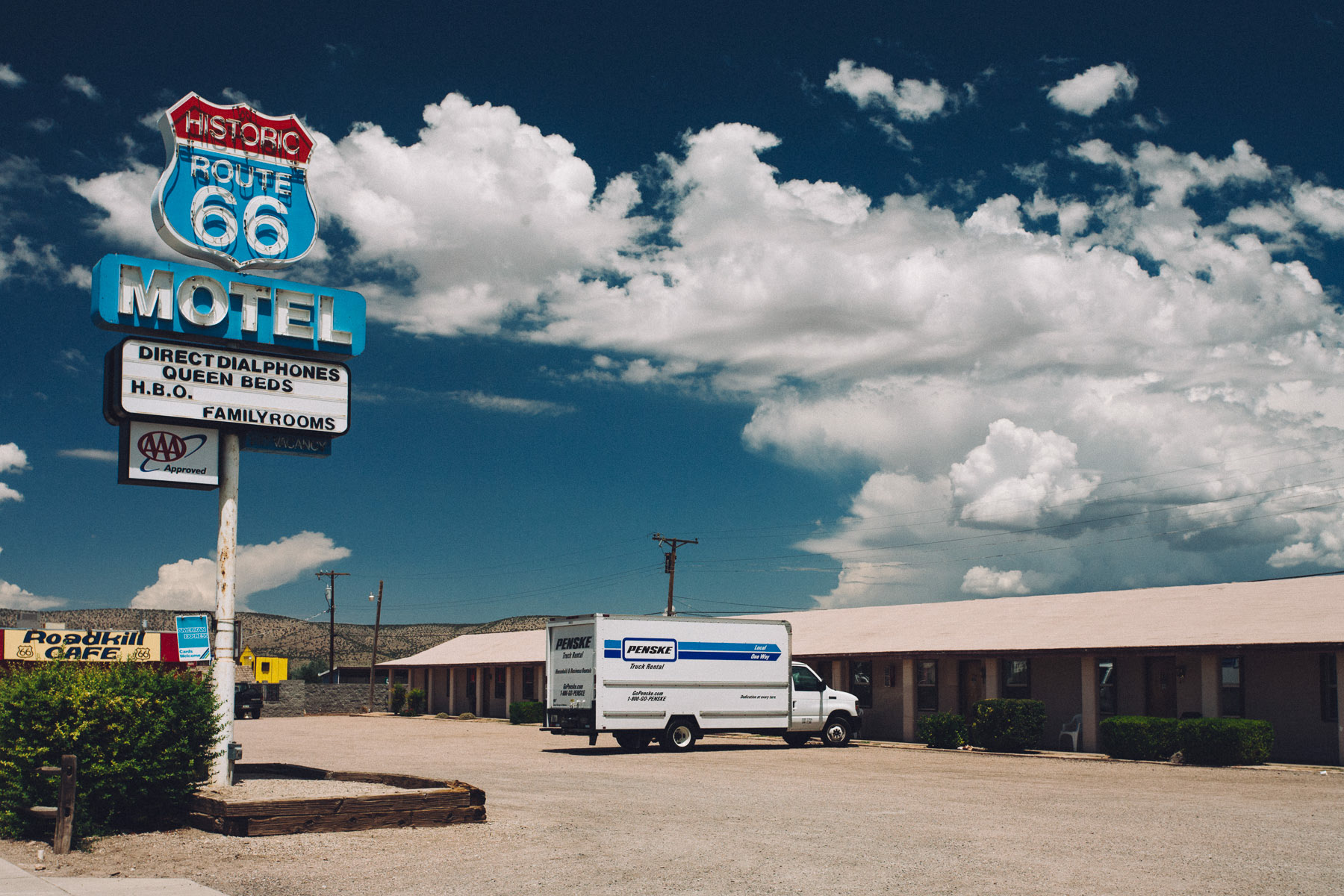 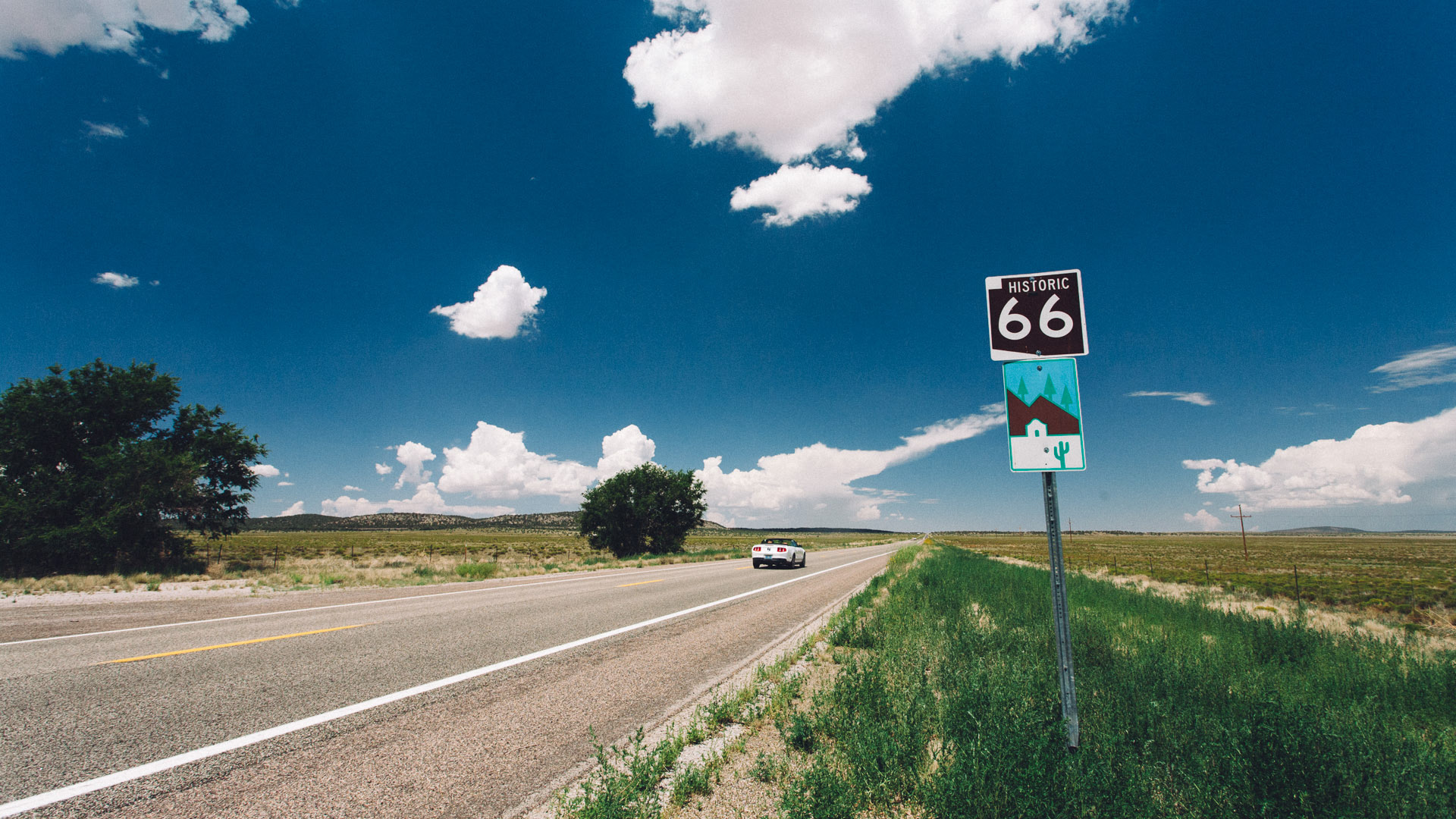 The beginning of the end for Route 66 came in 1956 with the signing of the Interstate Highway Act by President Eisenhower. Since then, though, various sections of the road itself have been placed on the National Register of Historic Places. Many preservation groups have tried to save and even landmark the old motels and neon signs along the road in different states.

Along the road, we spotted a very characteristic store, the Hackberry General Store, located in Hackberry, AZ, a former mining town. The town of Hackberry used to be a small community of ranchers, miners and their families. The mine began in 1874 when prospectors built a mining camp near a spring on the east side of the Peacock Mountains. The mine was named for a large hackberry tree that grew near the spring. Mining ceased in 1919 but not before over $3,000,000 in gold and silver had been produced. During this time, Hackberry offered regular services to it’s residents including a one-room school house, post office and two bordello’s.
Originally, the store provided goods to the growing community of Hackberry just across the railroad tracks. After all, to make a trip all the way to Kingman used to take at least one day in an old Model A. After the mine closed in 1919, and the Interstate 40 in Arizona bypassed the town in 1926, Hackberry became a ghost town.
In 1992, itinerant artist Bob Waldmire re-opened the Hackberry General Store as a Route 66 tourism information post and souvenir shop. Waldmire sold the store to John and Kerry Pritchard in 1998, and the store remains in operation with a collection of vintage cars from the heyday of U.S. Route 66 in Arizona. In the photo below, you can see the owner of the store, Mr. John Pritchard.

Hackberry General Store is a museum of old Route 66 and has been called the “mother lode of mother road memorabilia”. No gas is sold but vintage pumps stand outside, the Mobilgas Pegasus leaps from the roof and the Greyhound dog welcomes bus travelers. Outside you will find the service garage displaying a Model T flatbed truck, along with many cars of more recent vintage. The 1957 Red Corvette (in the photo above, under the porch) has become a favorite photo spot for many visitors. 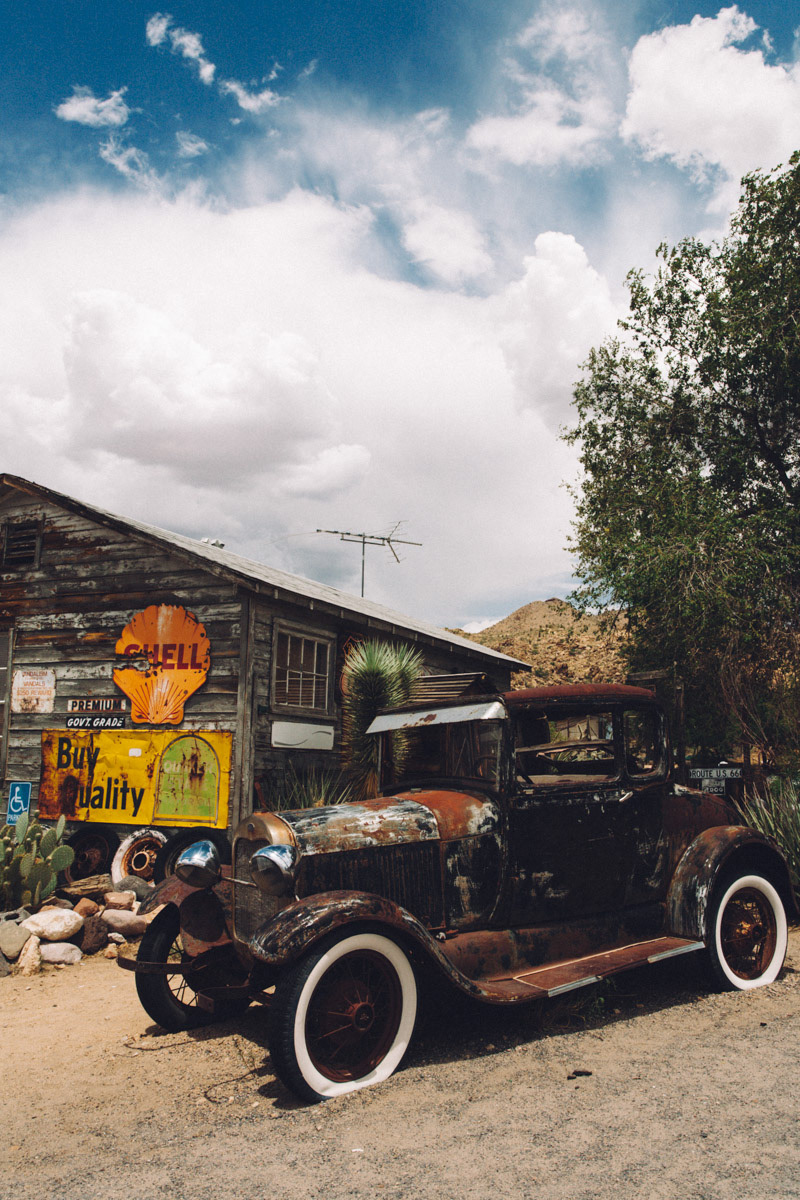 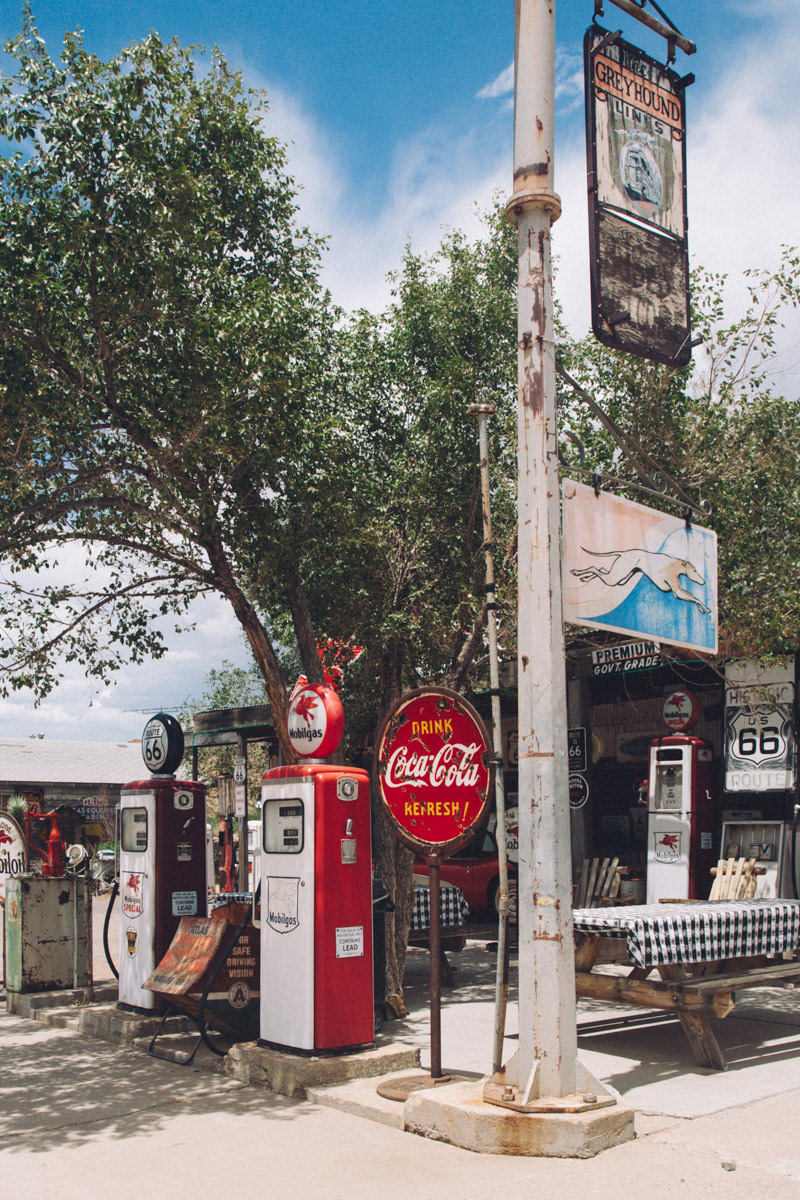 Between Hackberry and Kingman, Route 66 runs parallel to the BNSF Railway tracks. This gave us the opportunity to catch some iconic views of long freight trains running through the desert, slowly pulled by powerful Santa Fe locomotives.

By lunch time, right before a storm hit the town, we reached Mr D'z Route 66 Diner in Kingman, where we stopped for a burger. 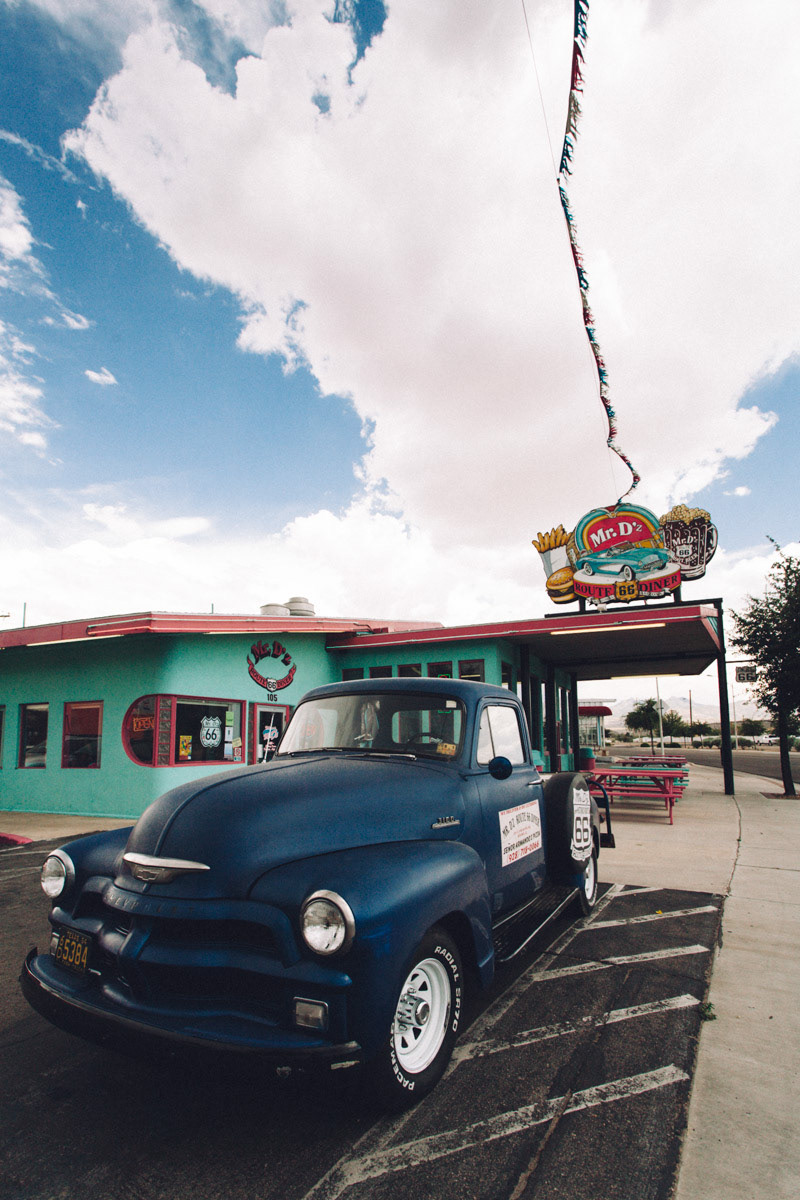 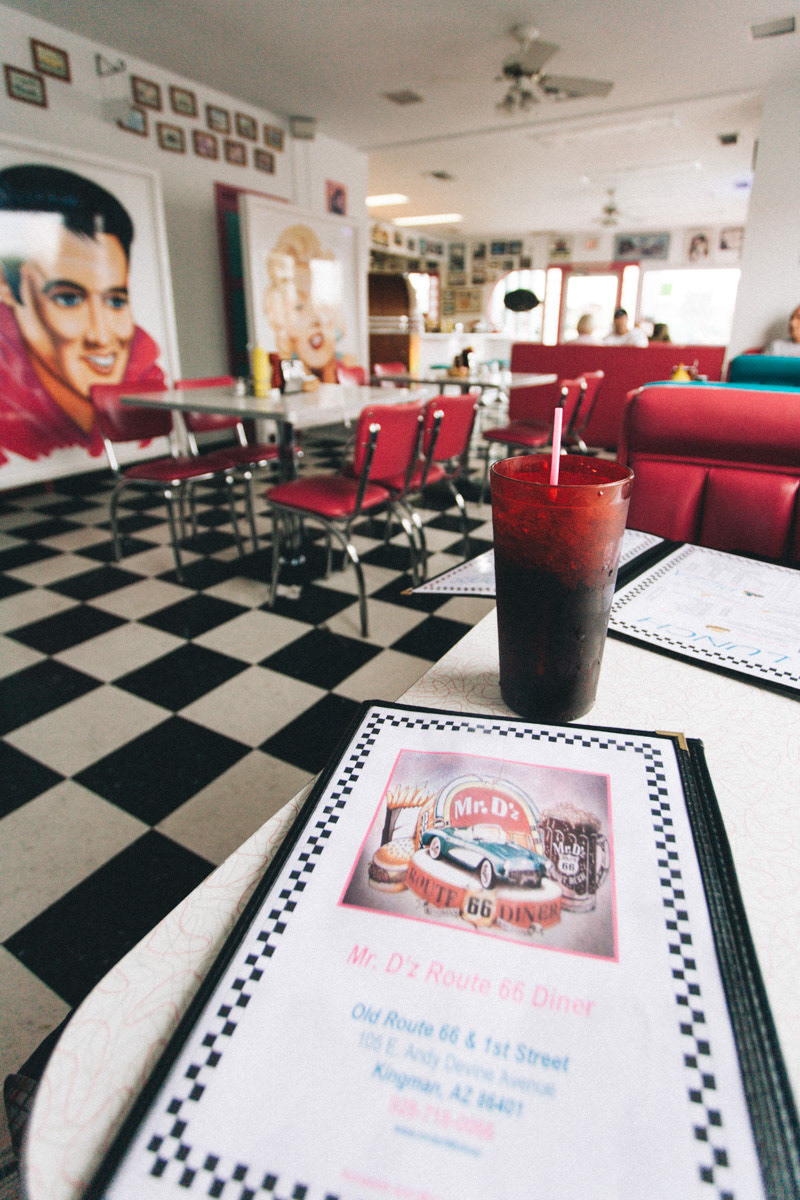 After lunch, we continued the drive to Las Vegas, through Oatman.

Finally we reached Las Vegas. The temperature that afternoon was 113 F degrees (45 Celsius degrees) and we were extremely tired after the drive through the desert, so we checked in at the Venetian and went straight to our luxurious room to relax, take a nap and get ready to hit the casino.

The suite was the most expensive room we had booked over the entire trip, but it was totally worth it... After 13 nights in a dozen different hotel rooms, some decent, others... not so much, this large wonderful suite felt like heaven to us. Hell, they even had NHK (the Japanese national TV channel) on the TV! And look at that amazing bathroom! There was a TV even in there! 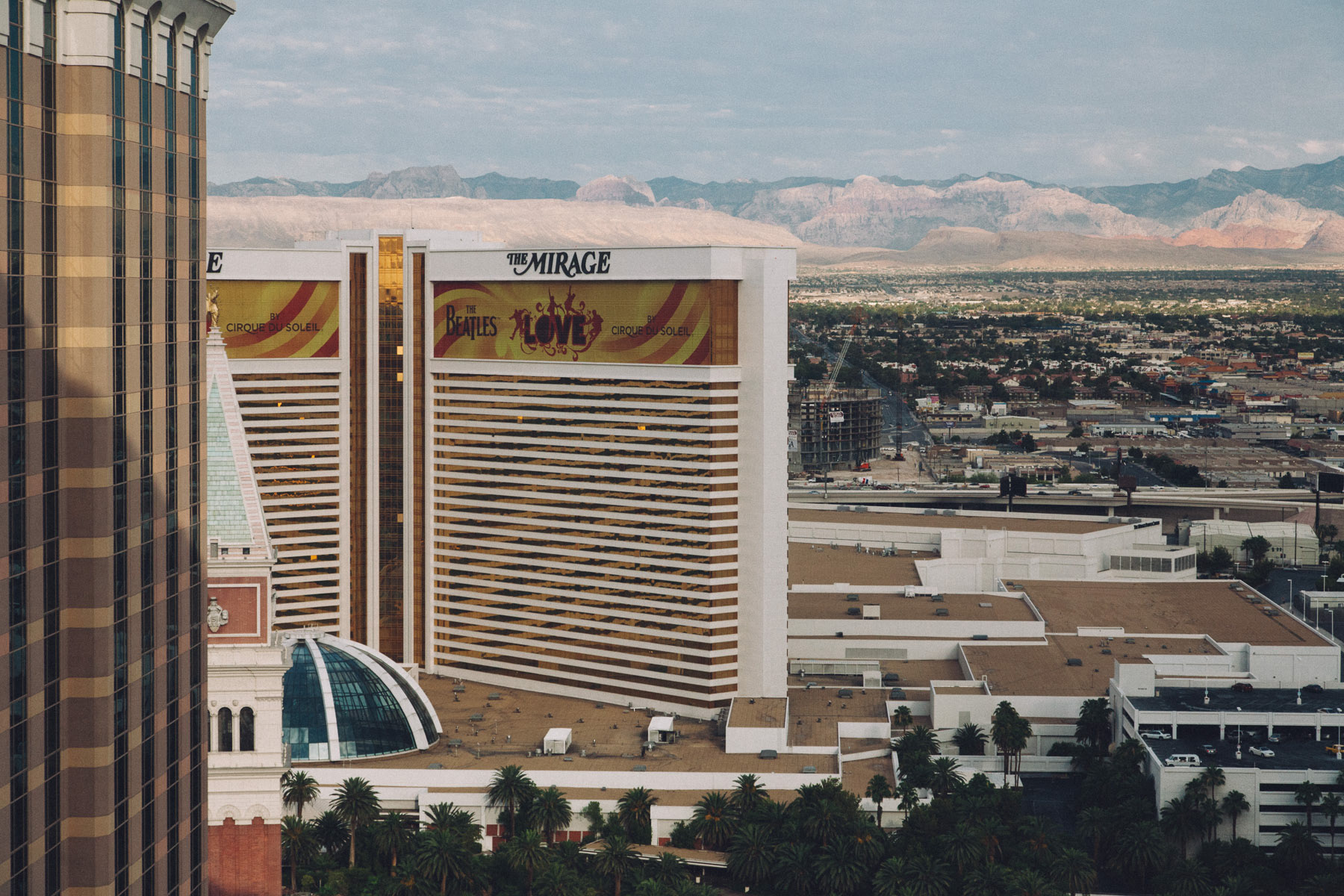 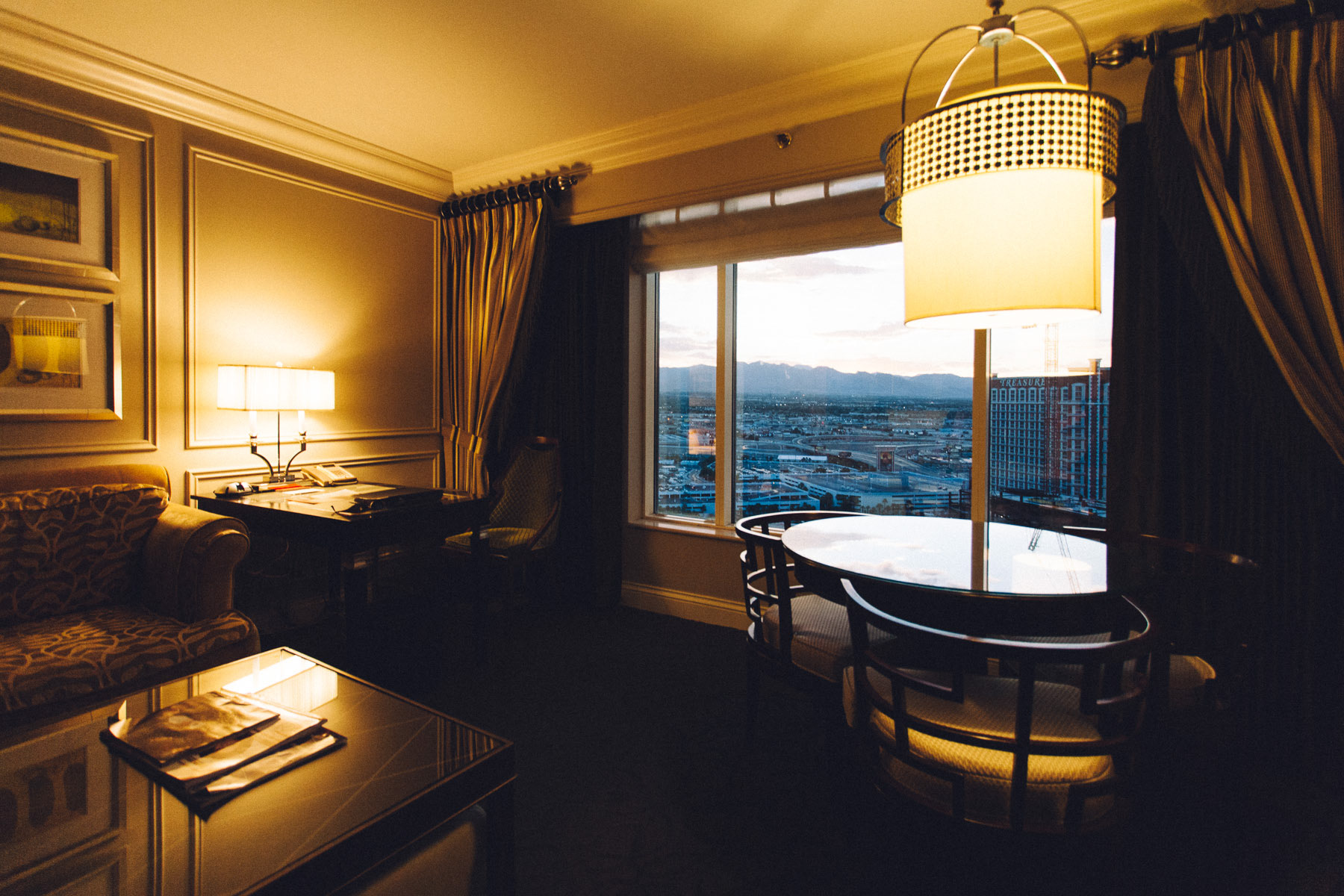 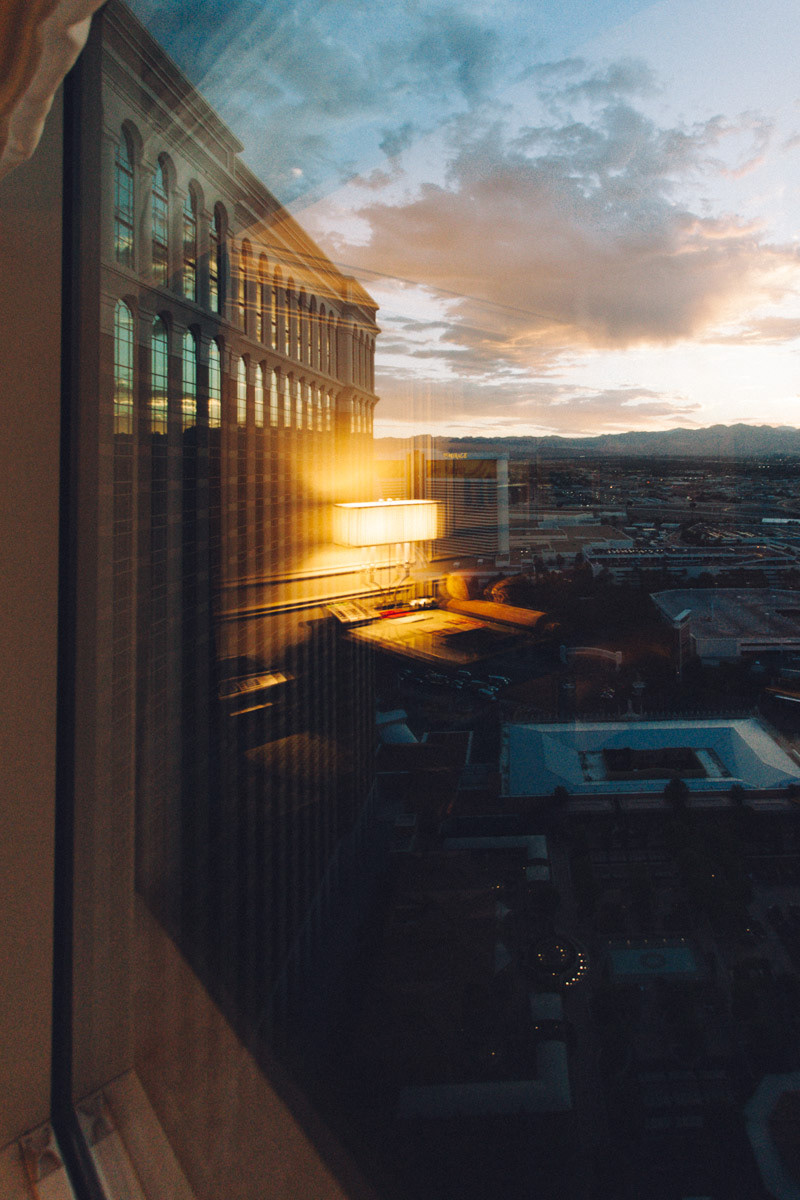 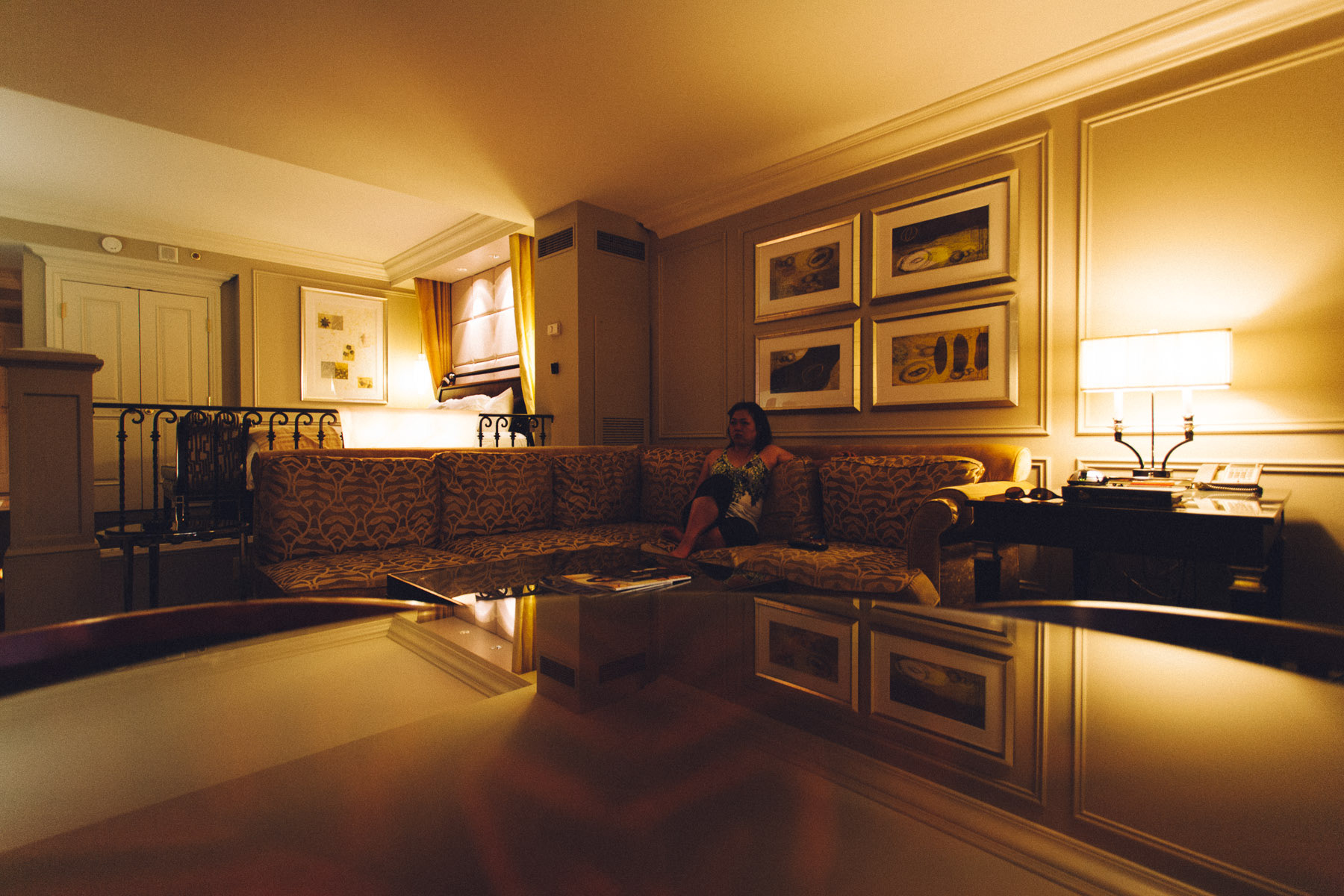 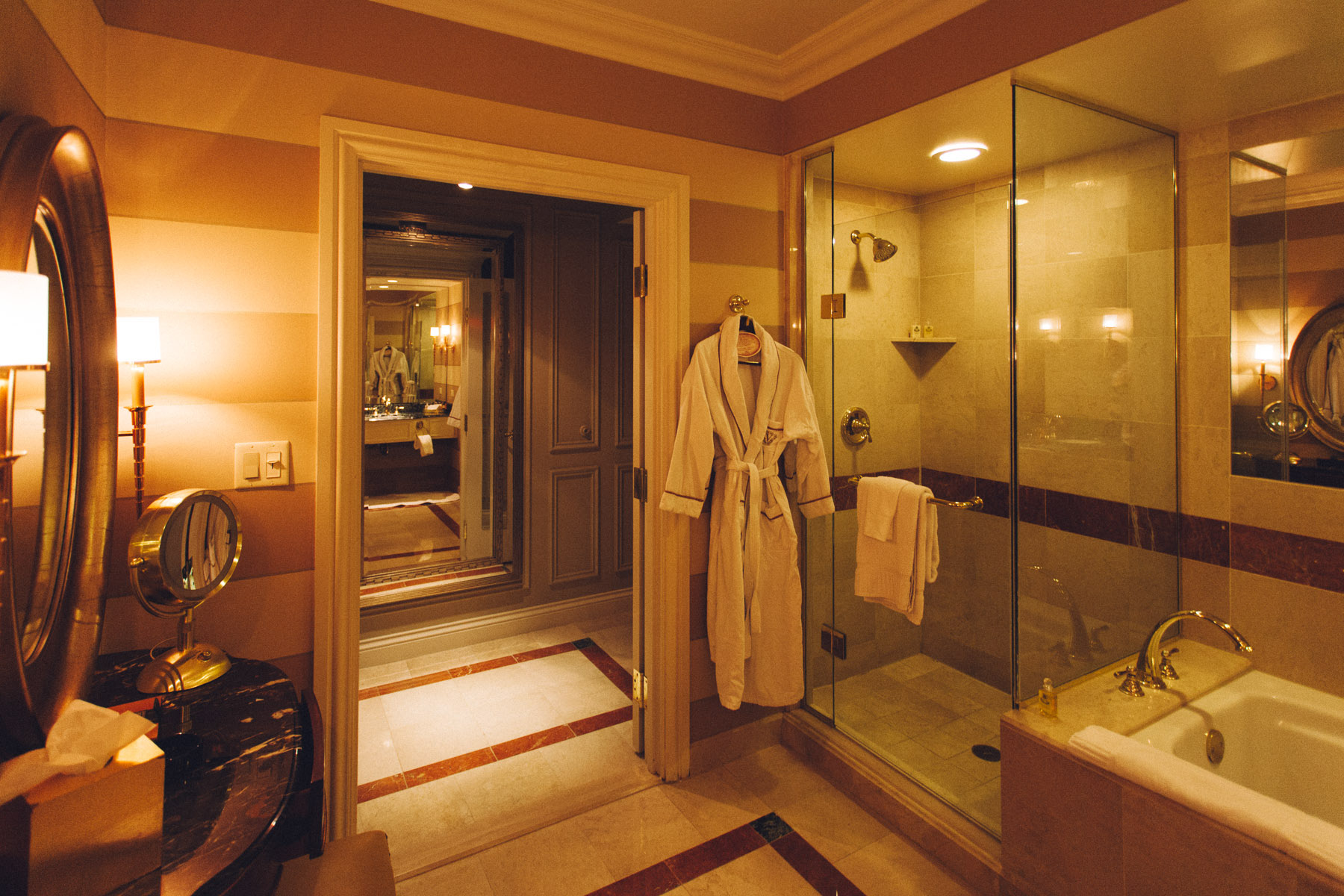 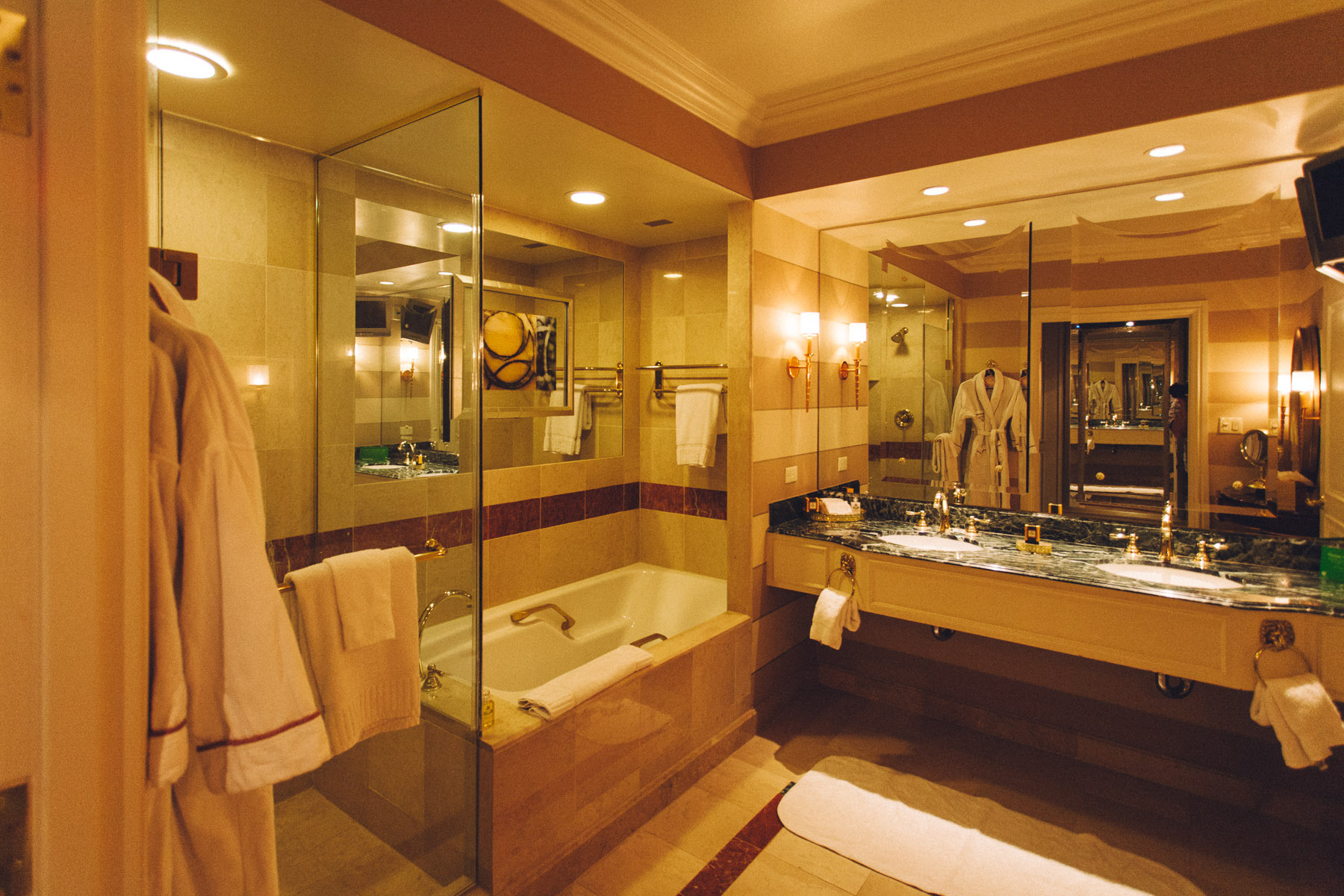 After a nice nap, we went downstairs to the casino of the hotel. During the check-in at the hotel, the clerk had given us a $50 complimentary card to play at the slot machines, so, even though we both never gambled in our lives, we went to the slot machines floor to play with that free money.
When I had already lost almost half of that amount, Yasuko played a few times as well, and, just as we were finishing the money on the card, she won $500!! A very nice treat, which allowed us to enjoy even more our stay at the Venetian!