Day 21: Big Sur (part two)
Thursday, July 23rd, 2009
When we left the motel where we stayed for the night the clouds were still covering the coastline, but the sun was trying hard to break through them. 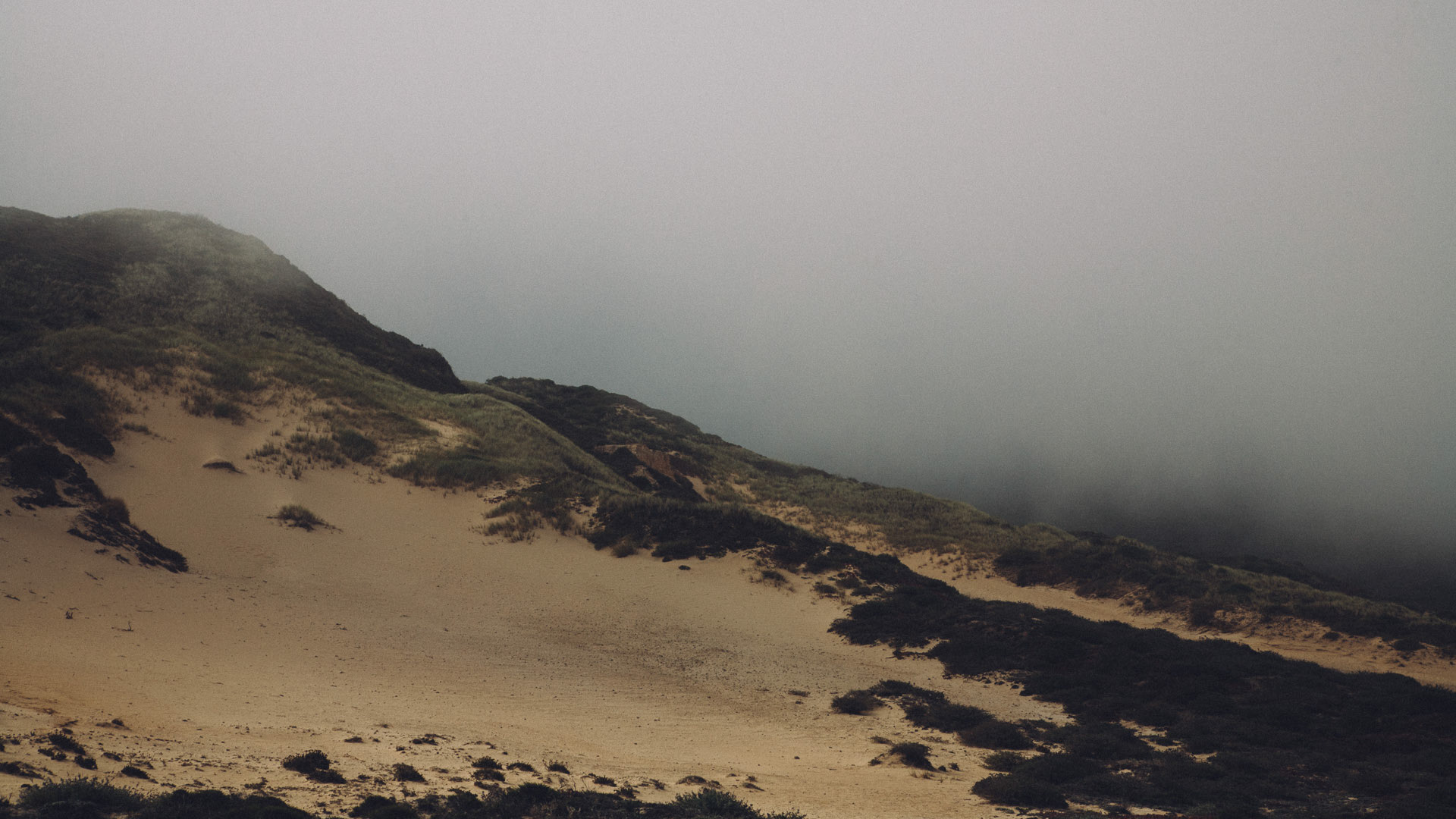 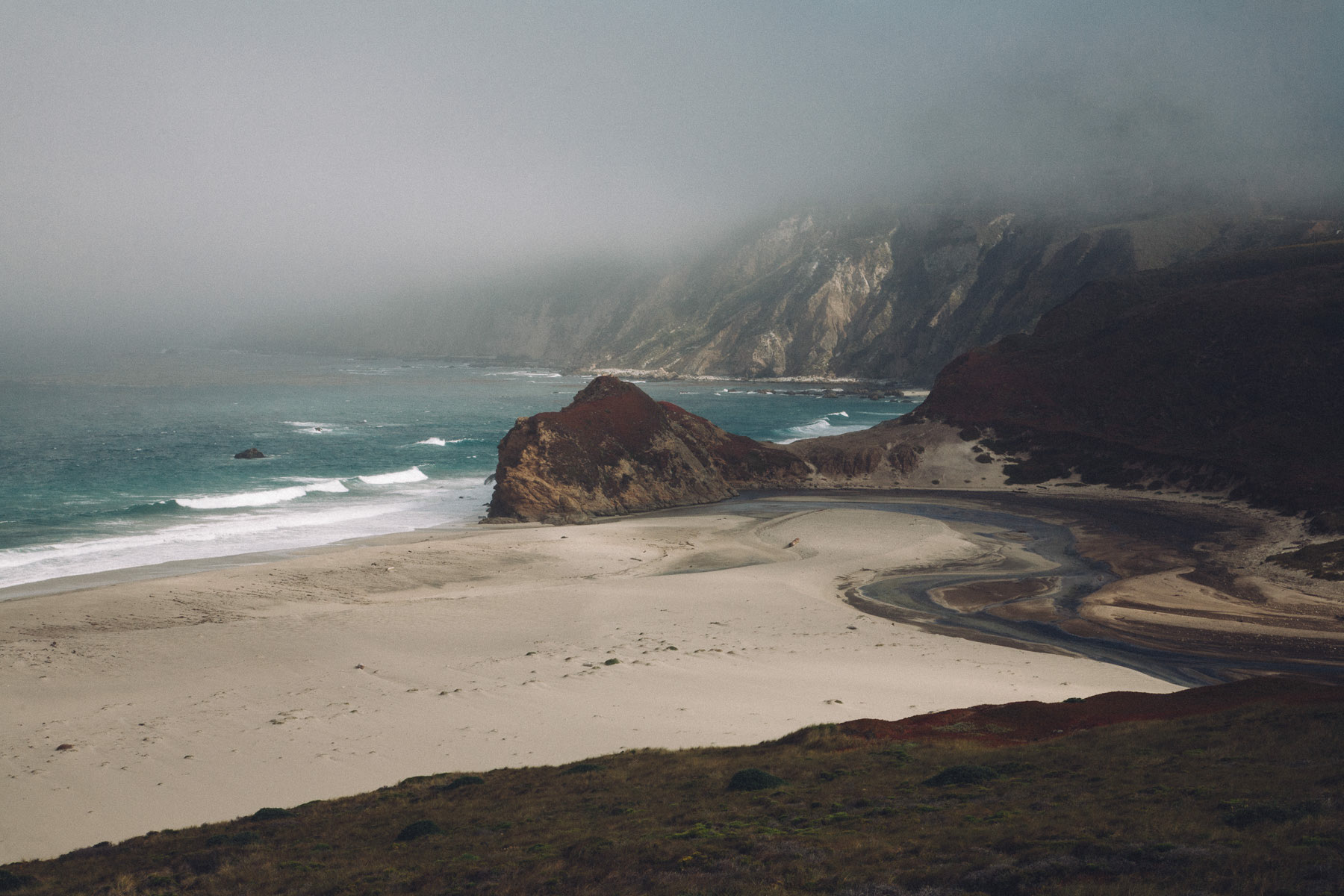 Bixby Creek Bridge, spanning over Rainbow Canyon. It is one of the tallest single-span concrete bridges in the world, and certainly one of the most photographed bridges along the Pacific Coast due to its aesthetic design and location. 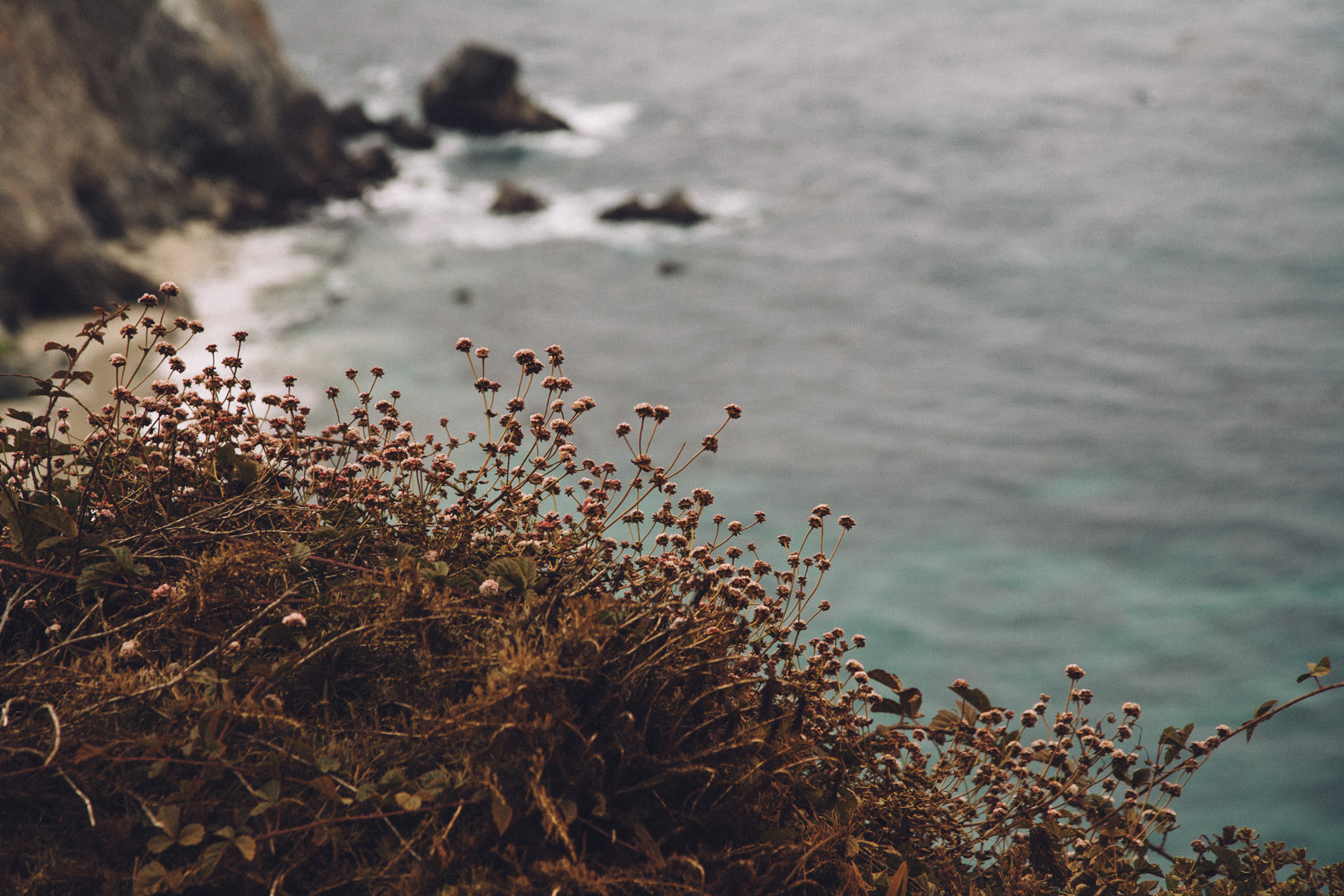 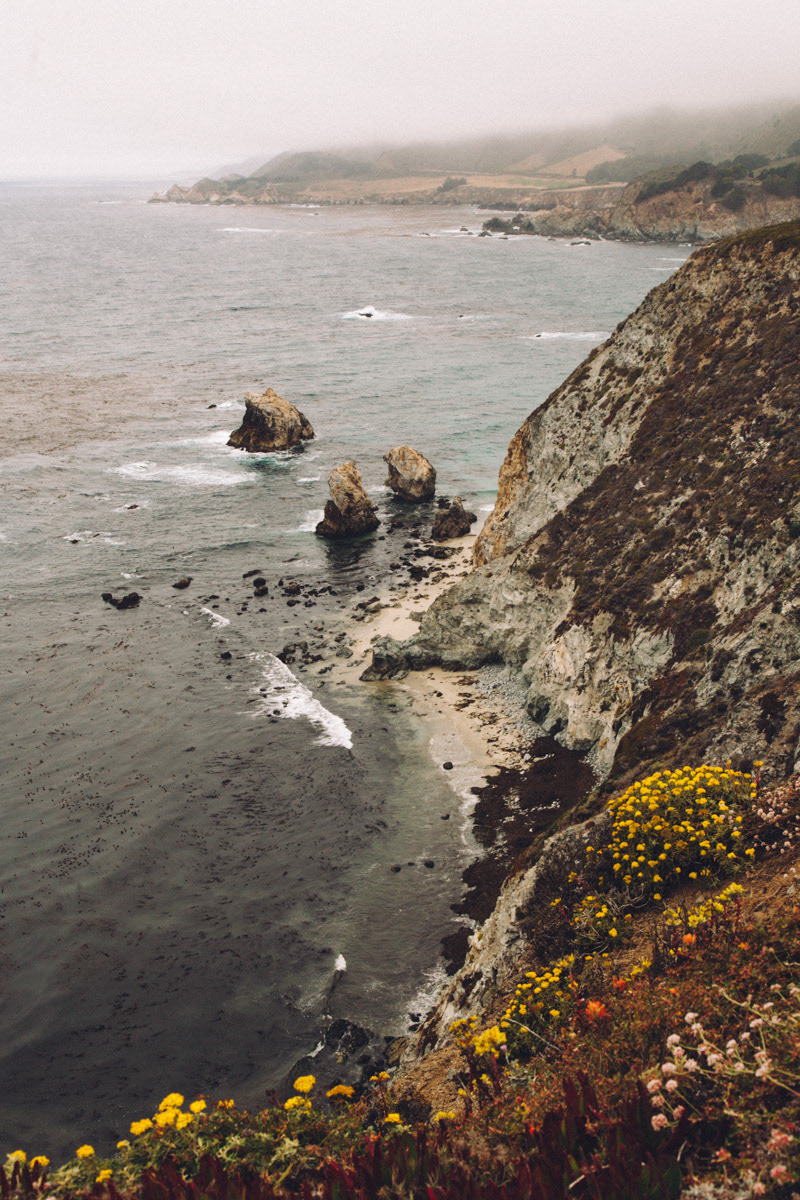 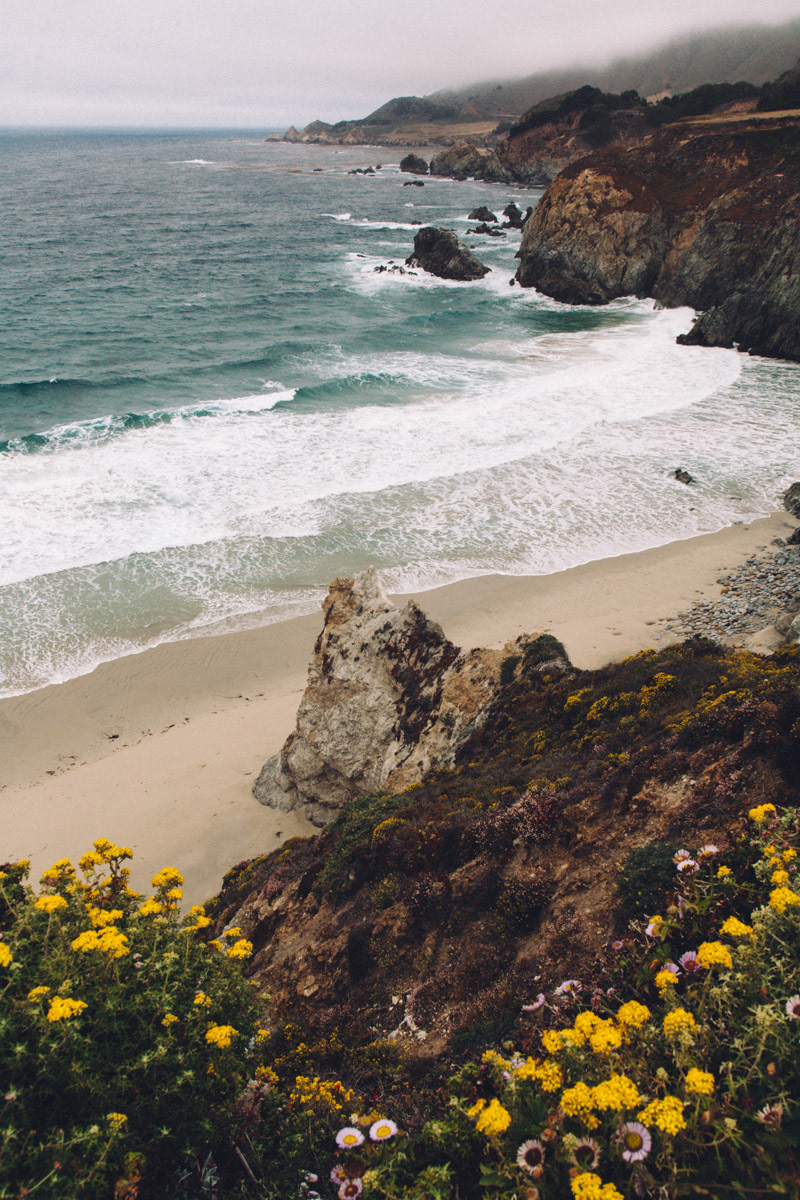 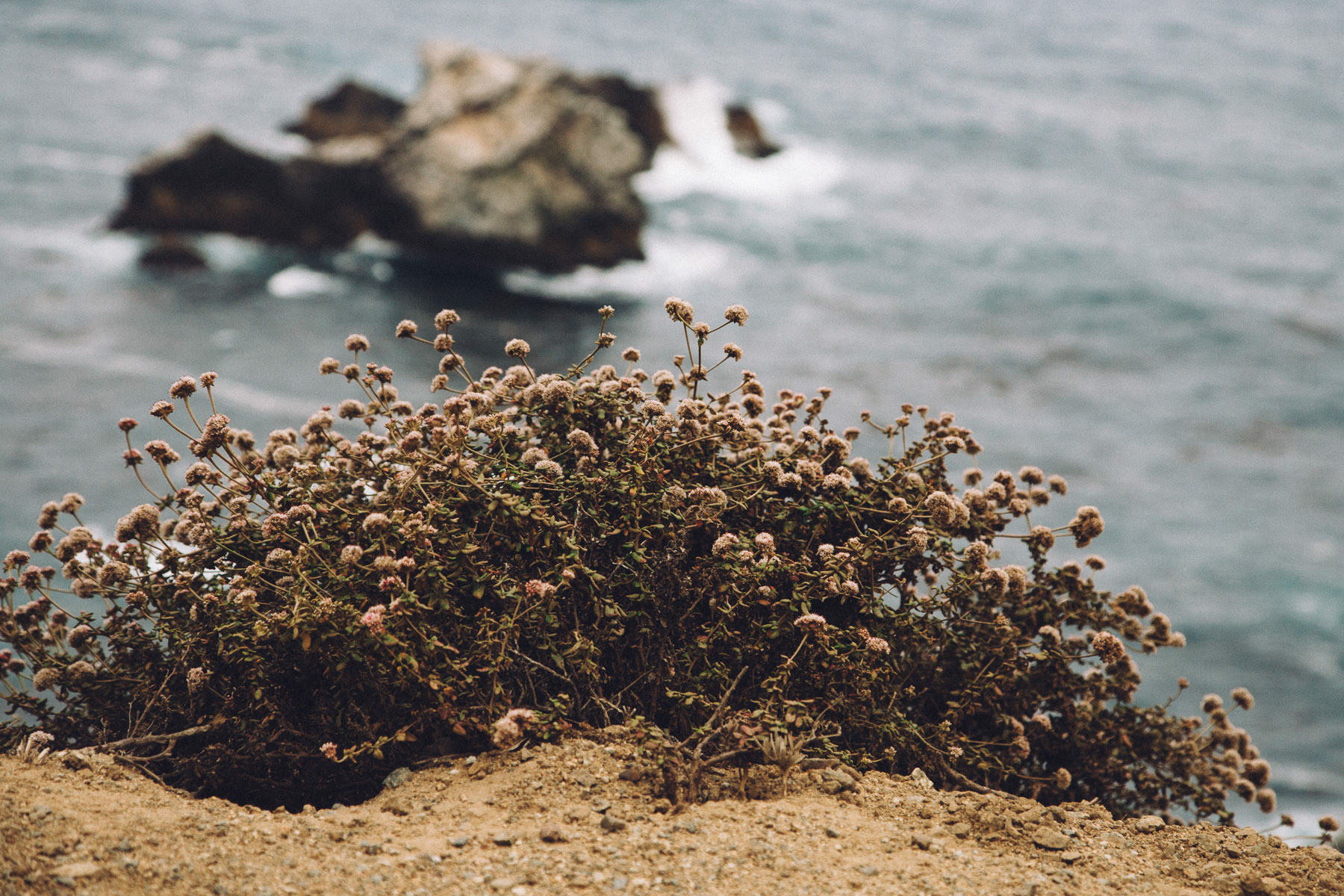 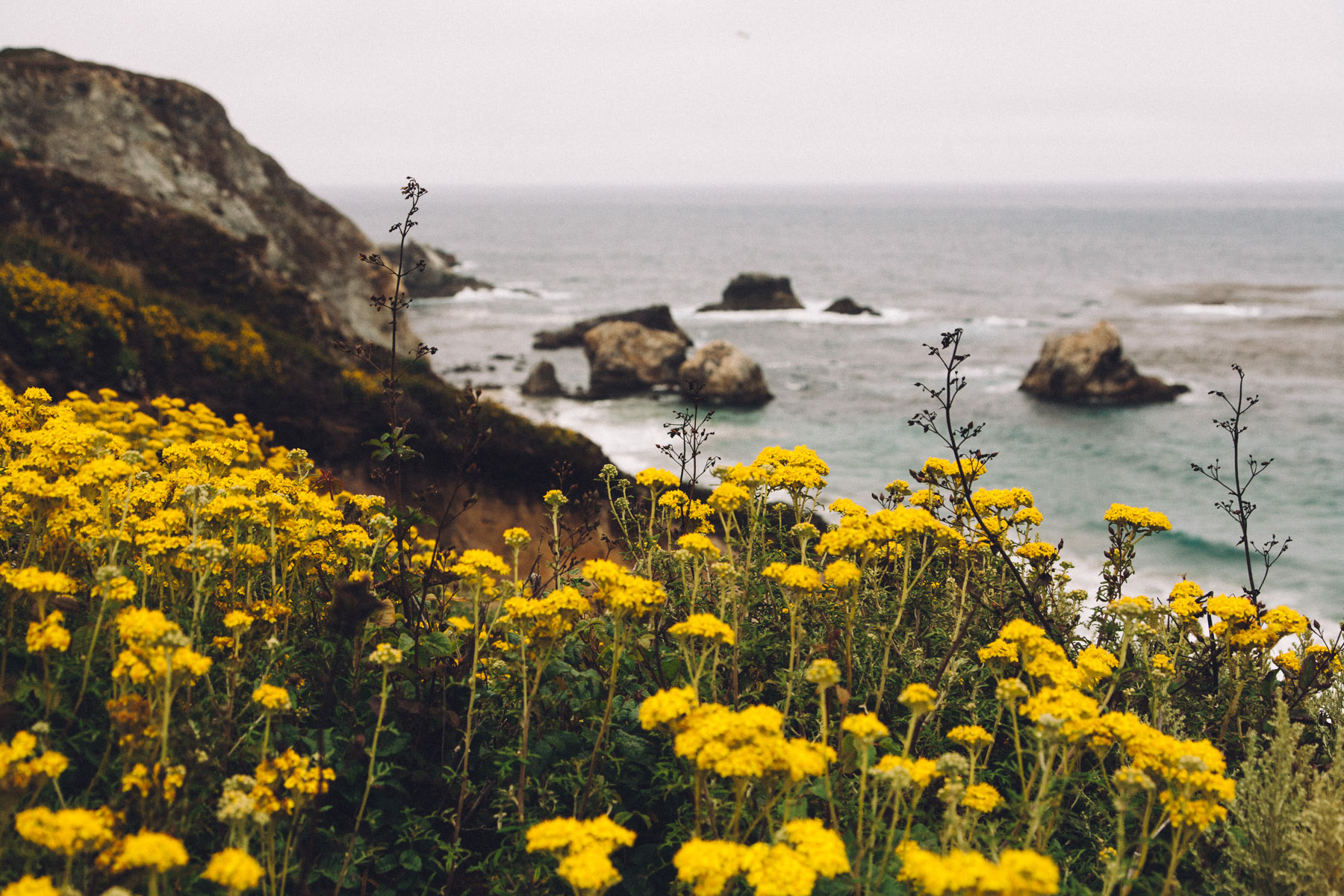 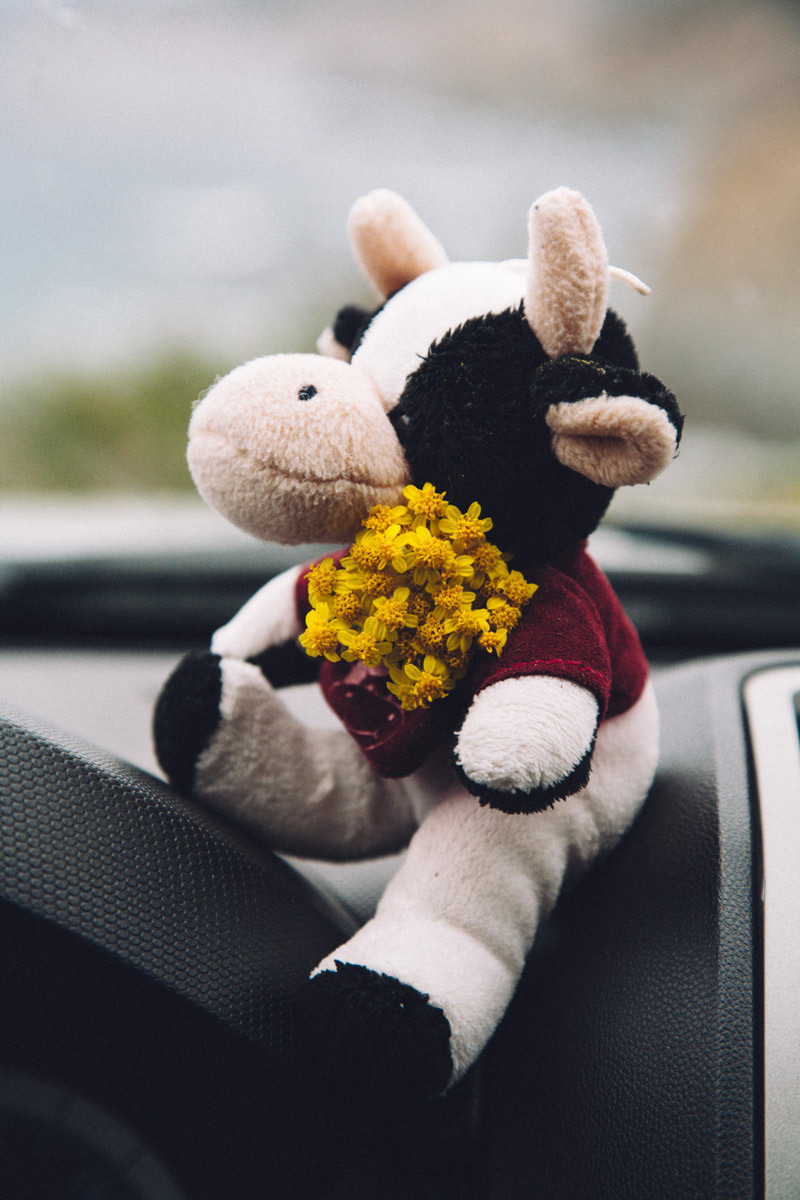 Garrapata State Park is a spectacular shoreline area at the northern end of Big Sur. Trails lead up steep mountains, through redwoods, and along the rugged coast. At the far southern end of the park is a sandy beach, but extremely hazardous surf makes it far too dangerous even for wading. 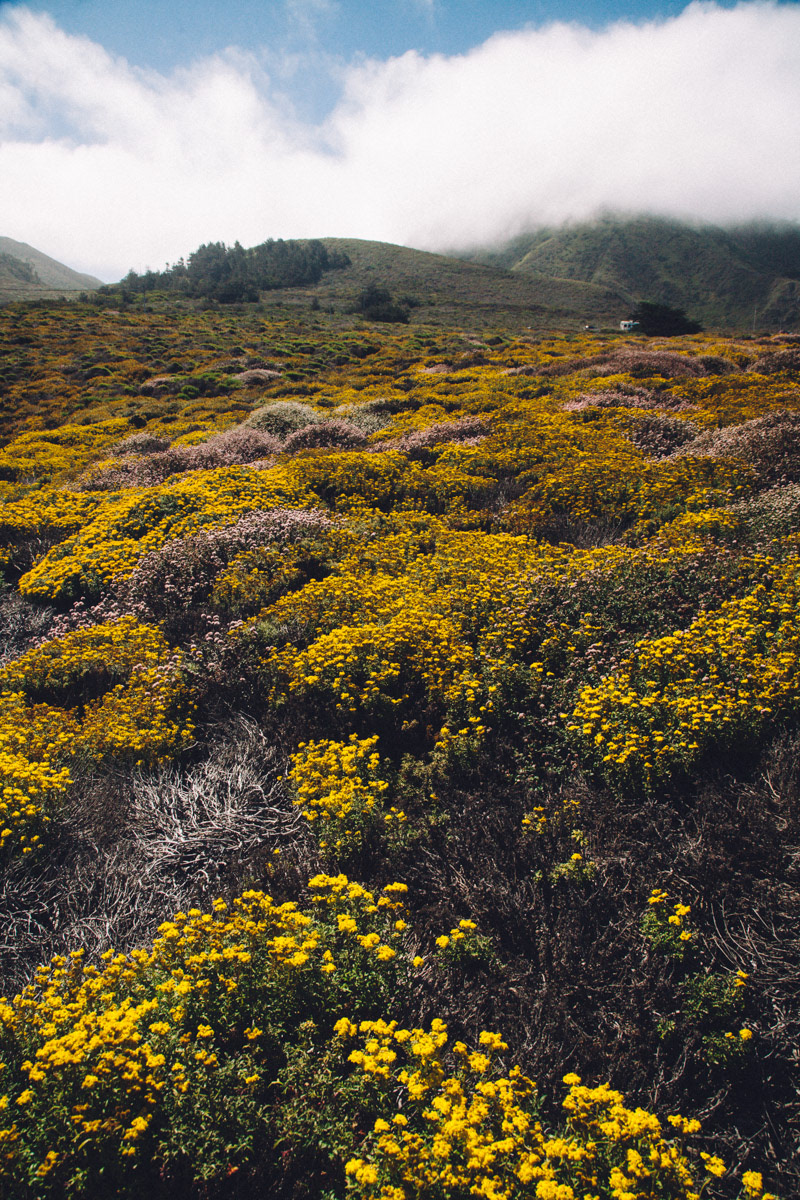 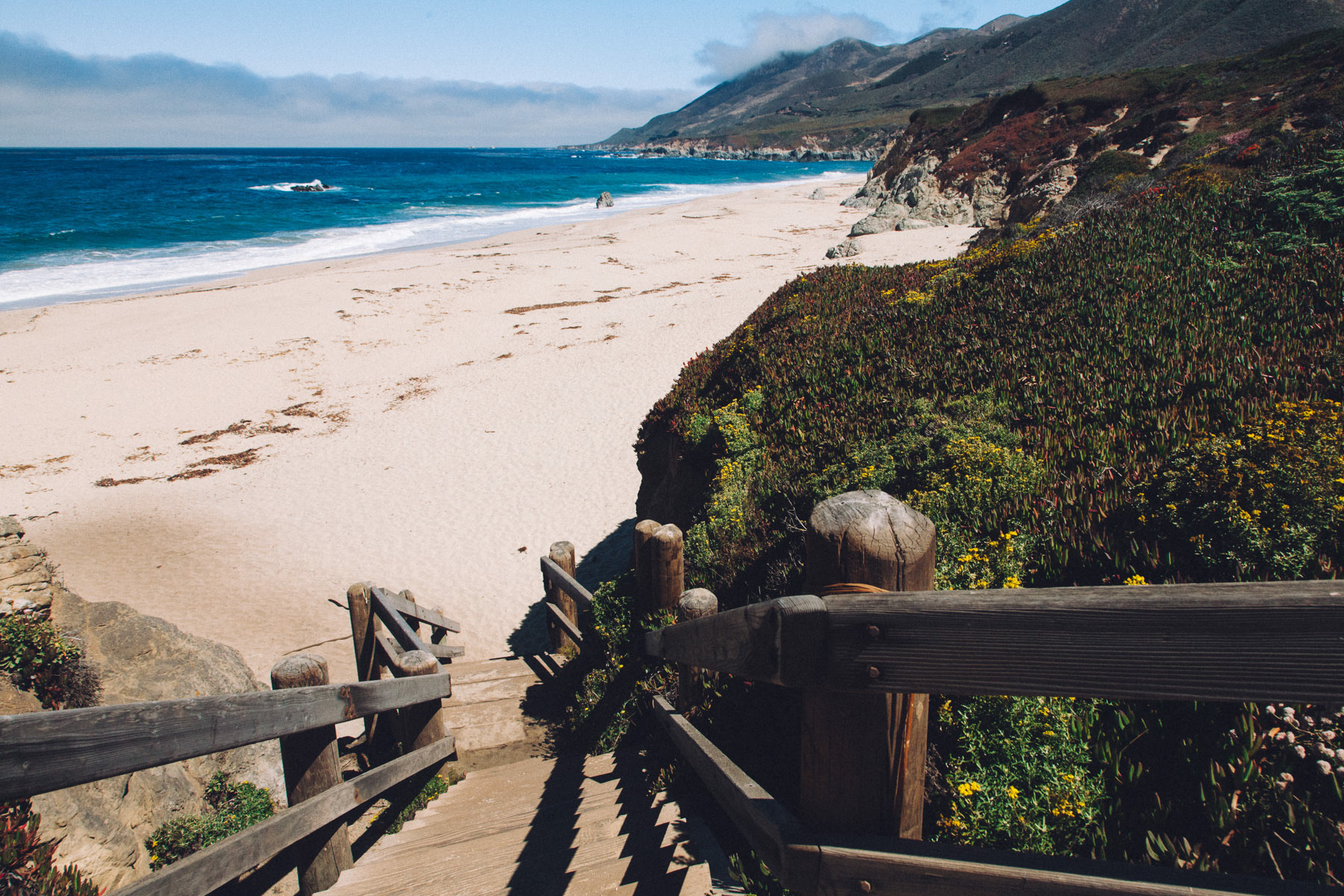 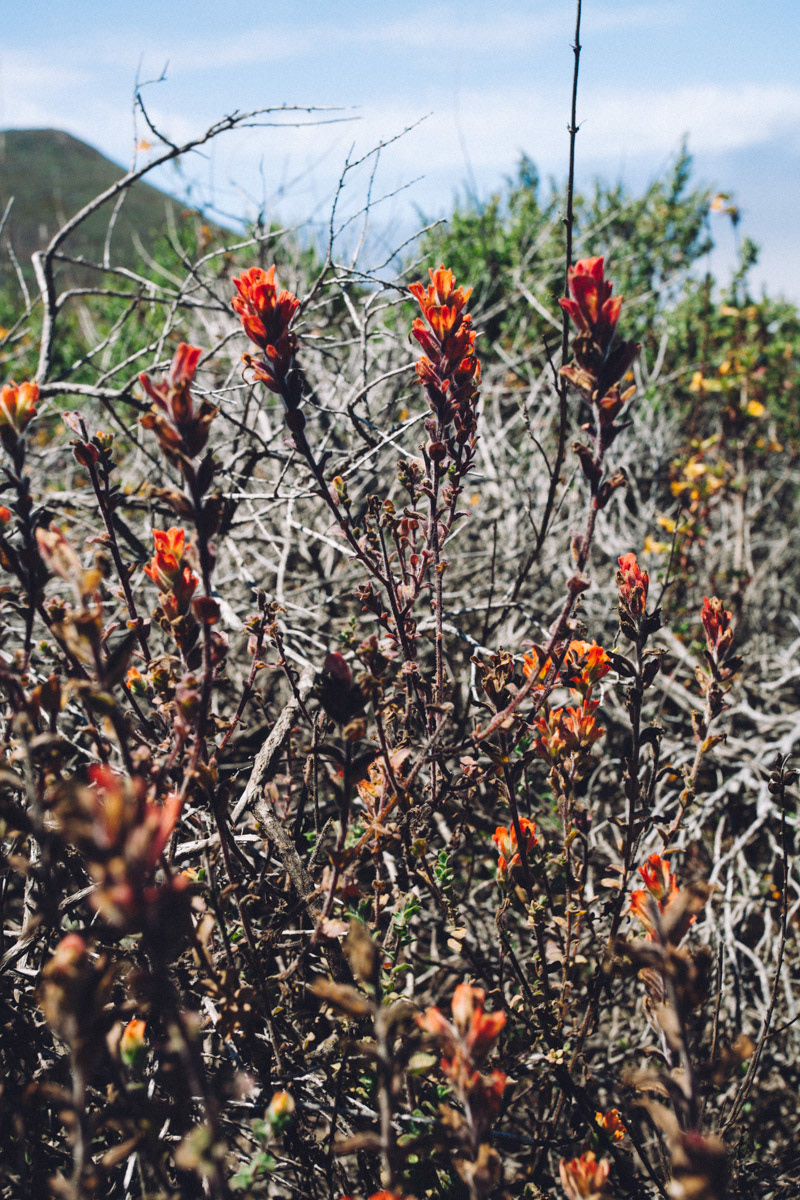 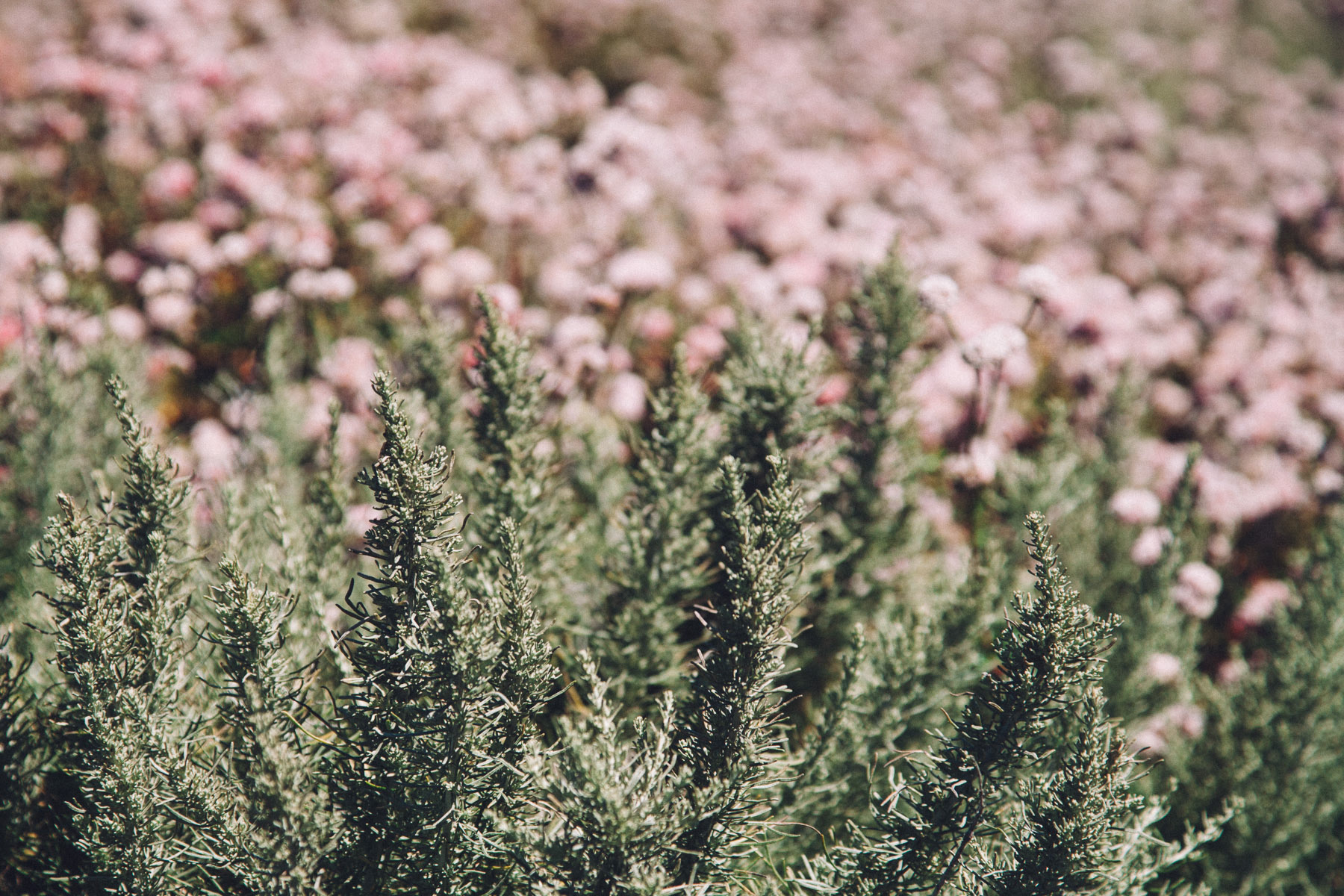 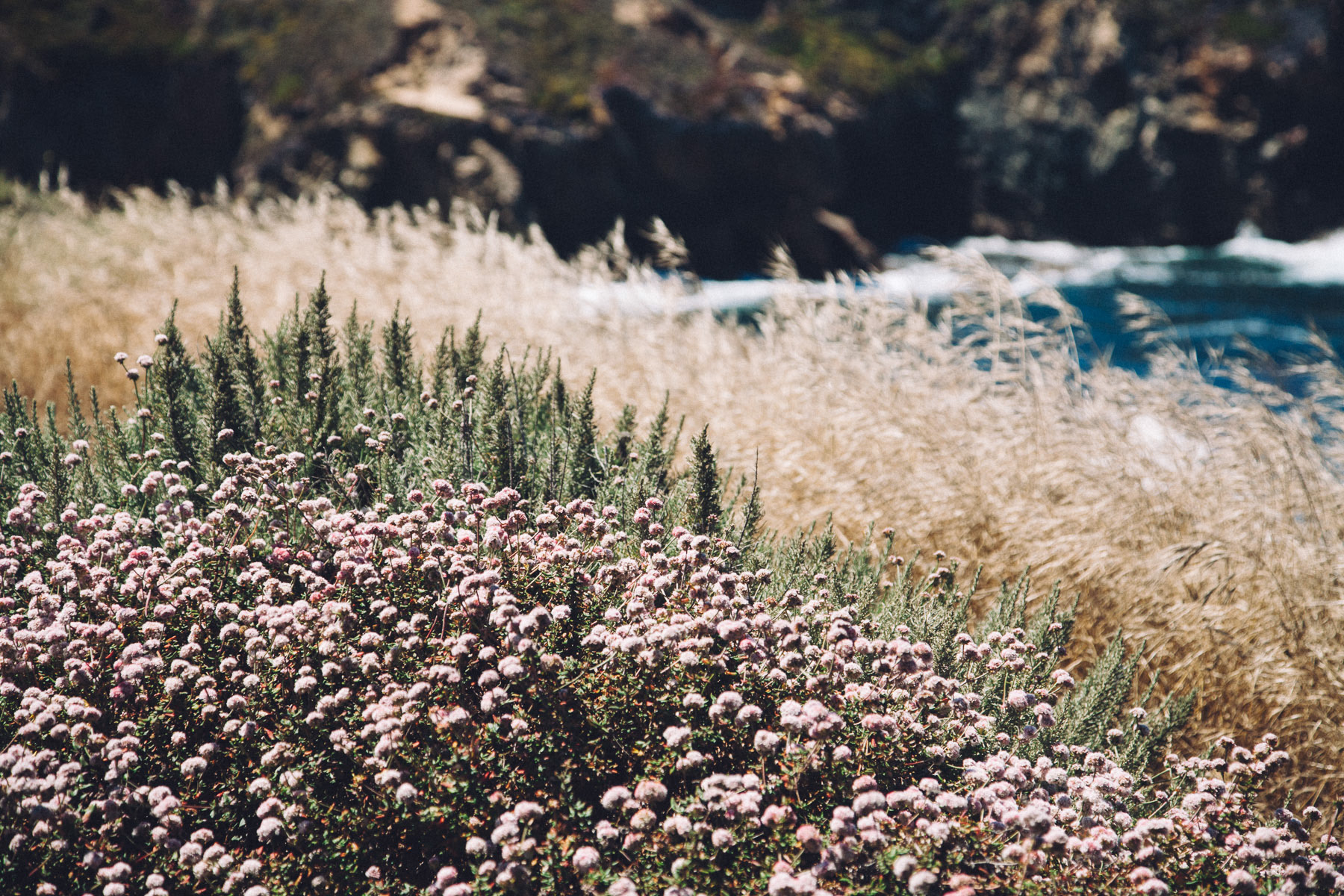 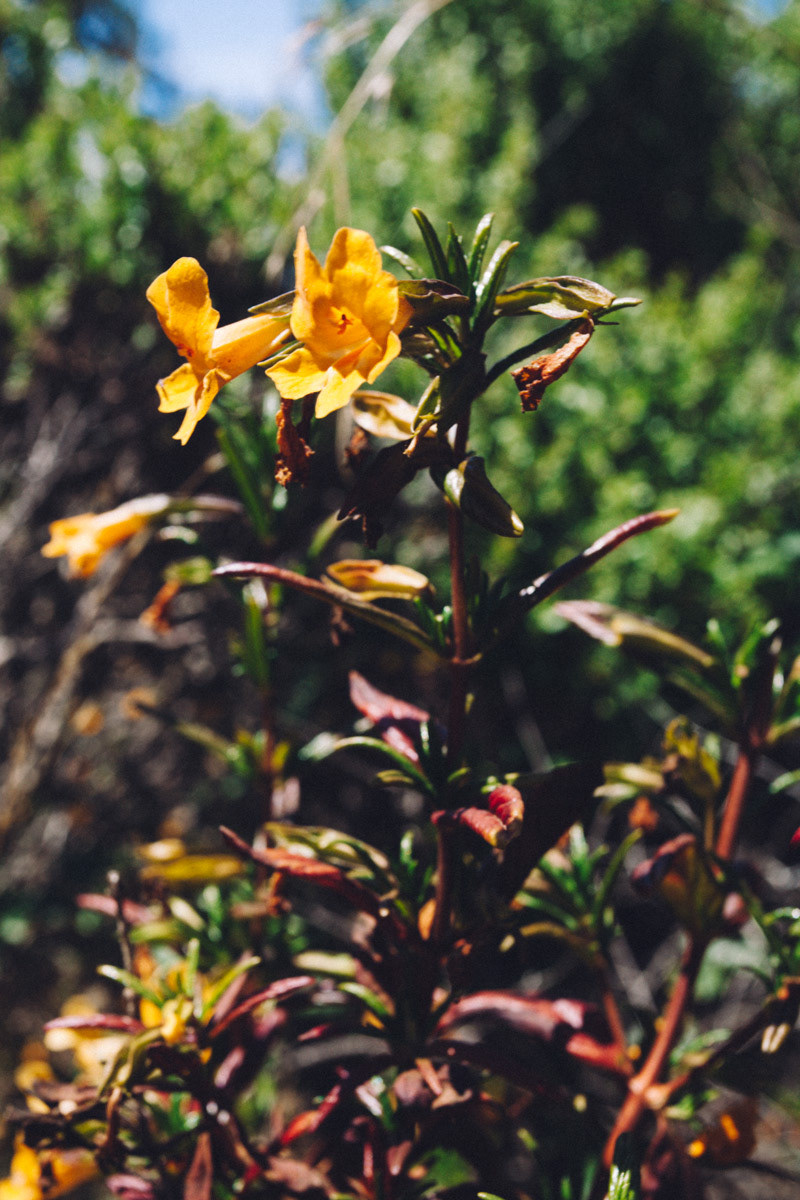 17-Mile Drive is a scenic road through Pebble Beach and Pacific Grove on the Monterey Peninsula in California, much of which hugs the Pacific coastline and passes famous golf courses, mansions and scenic attractions, including the Lone Cypress, Bird Rock and the 5,300-acre Del Monte Forest of Monterey Cypress trees. 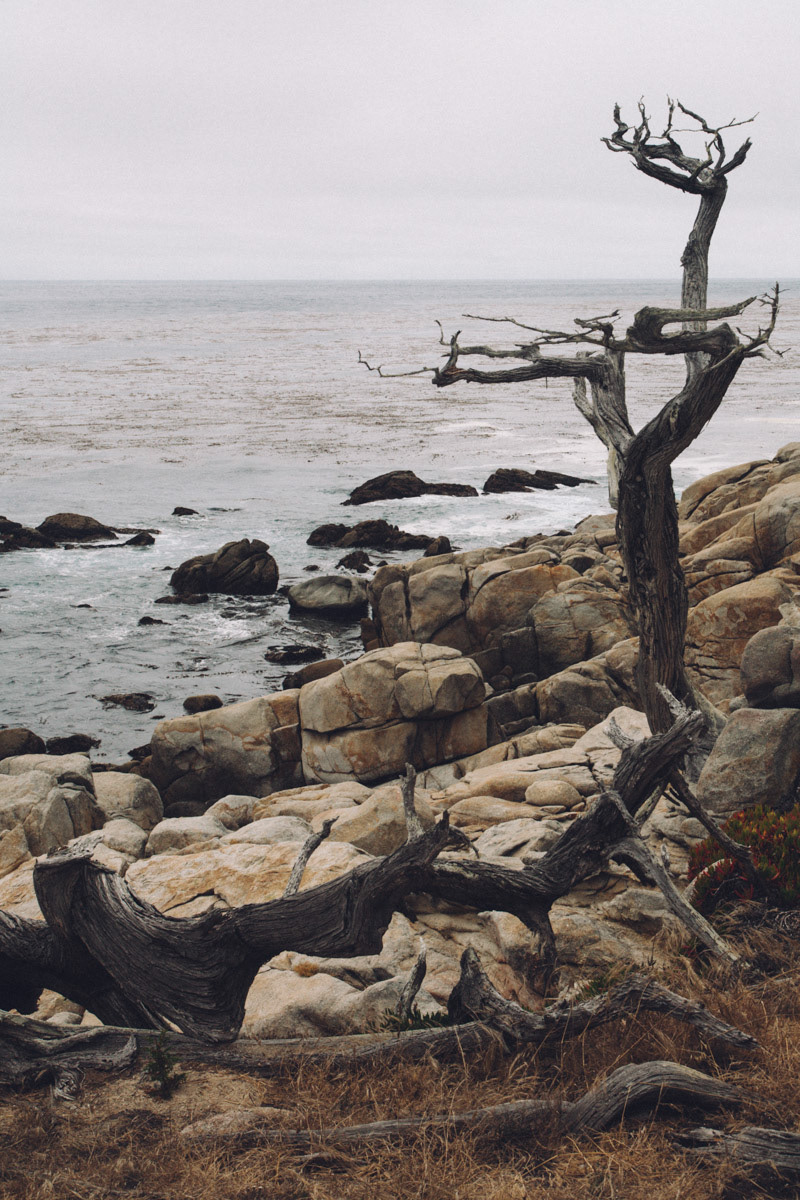 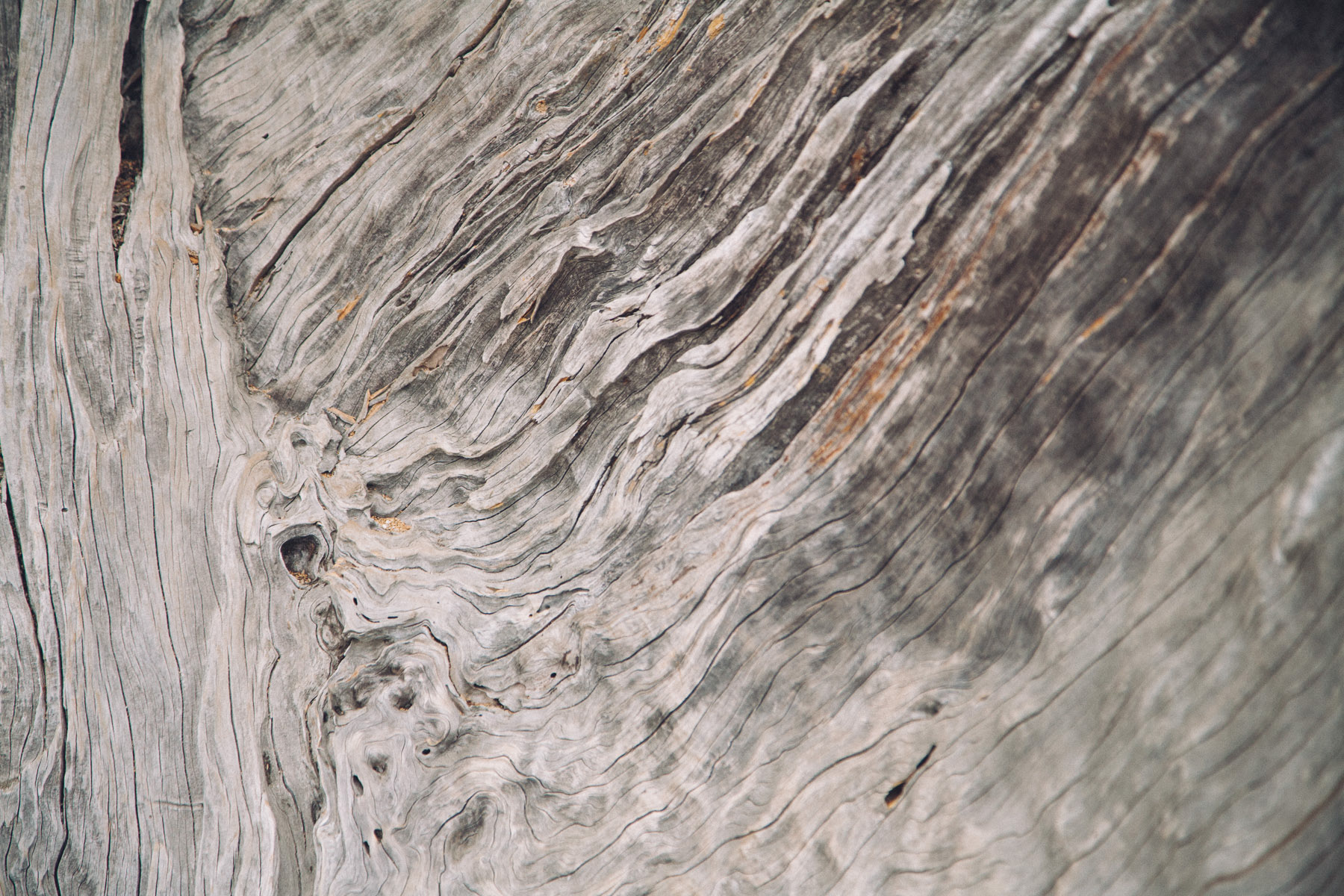 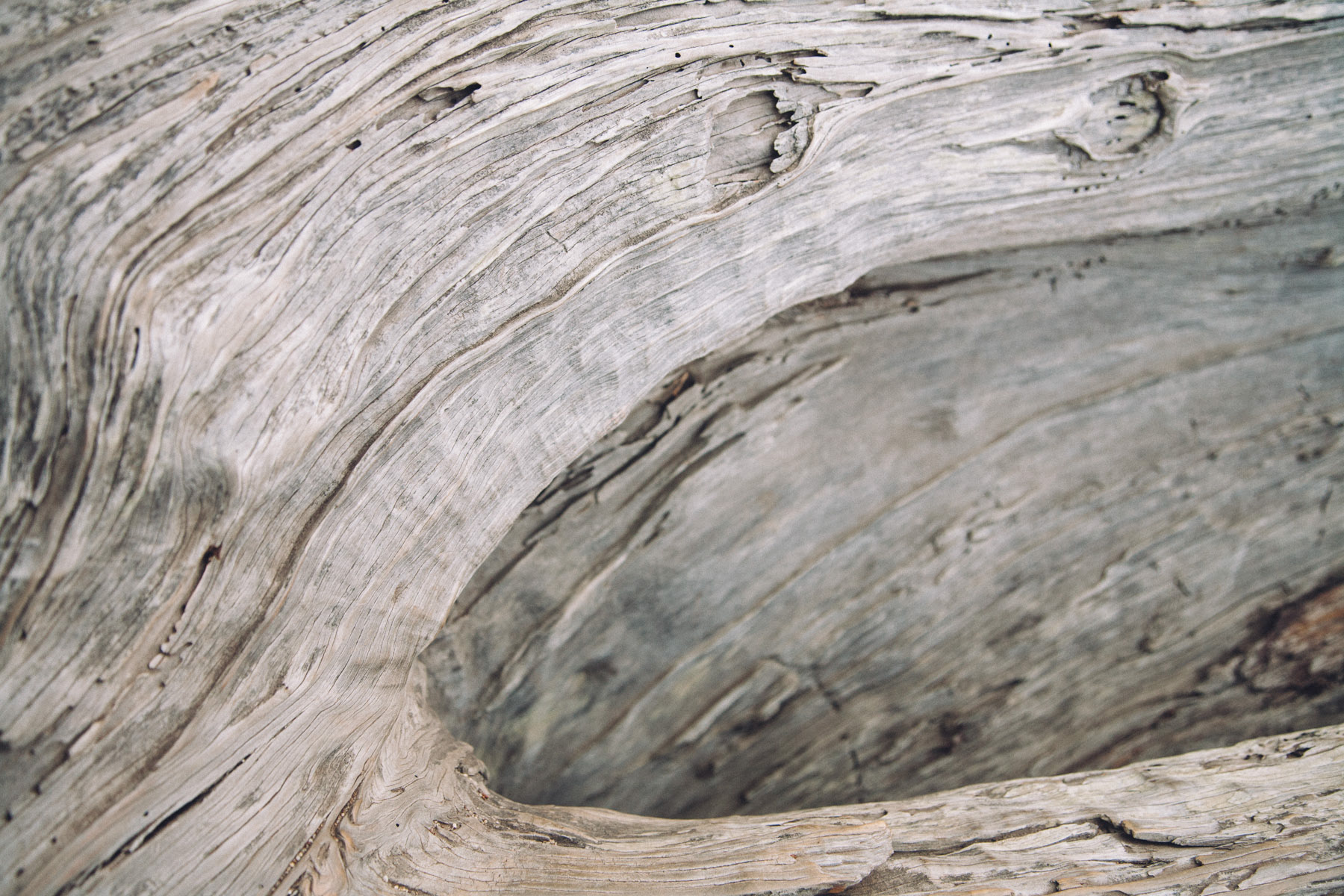 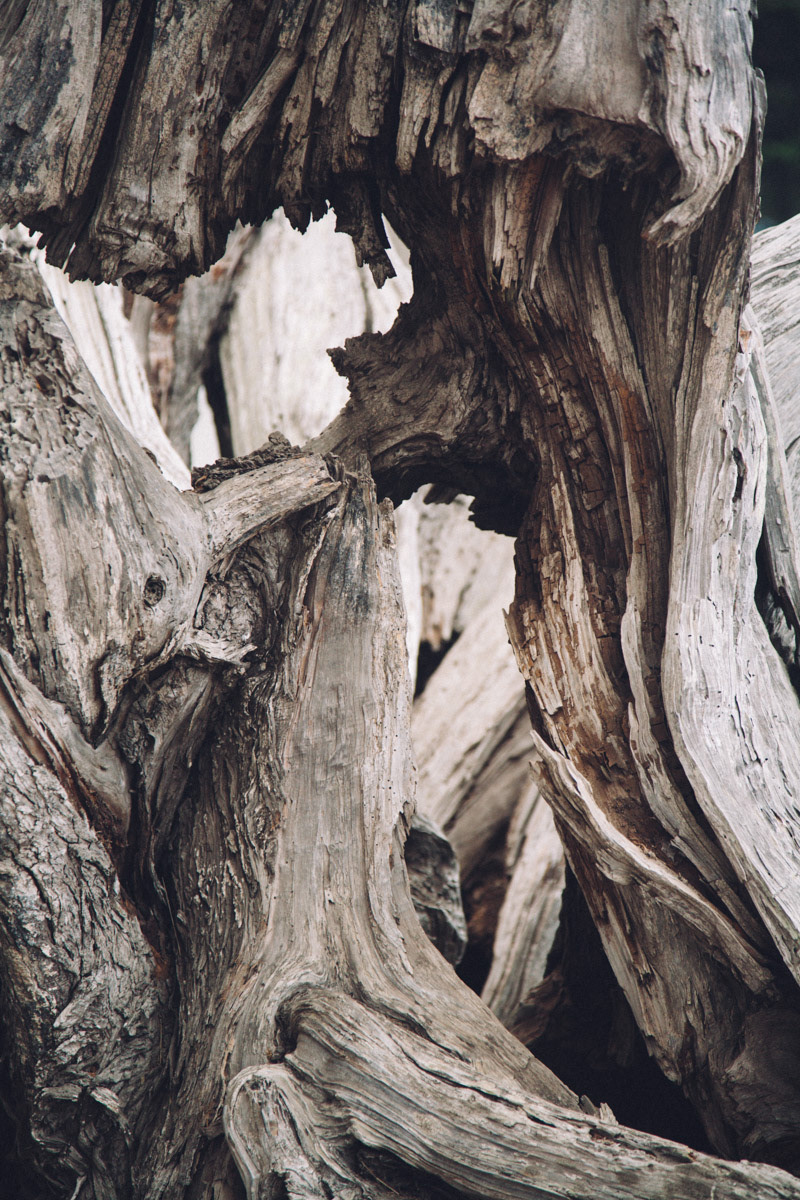 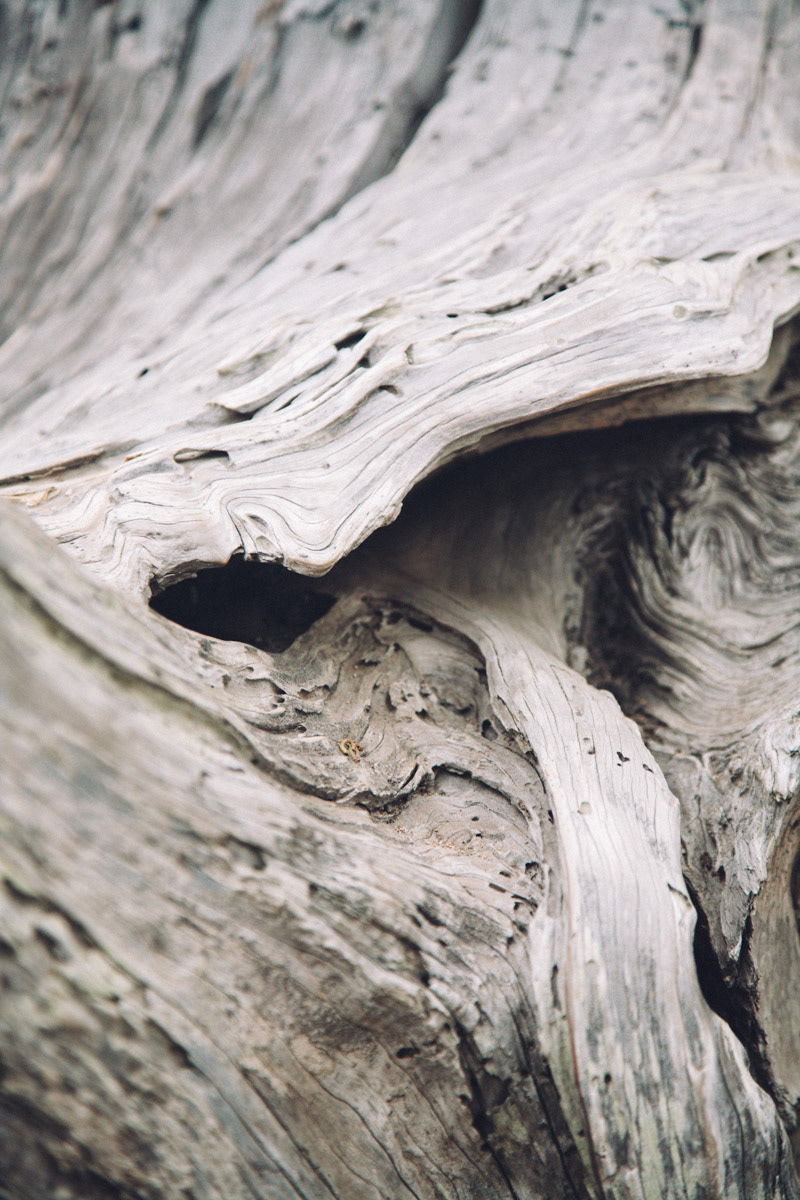 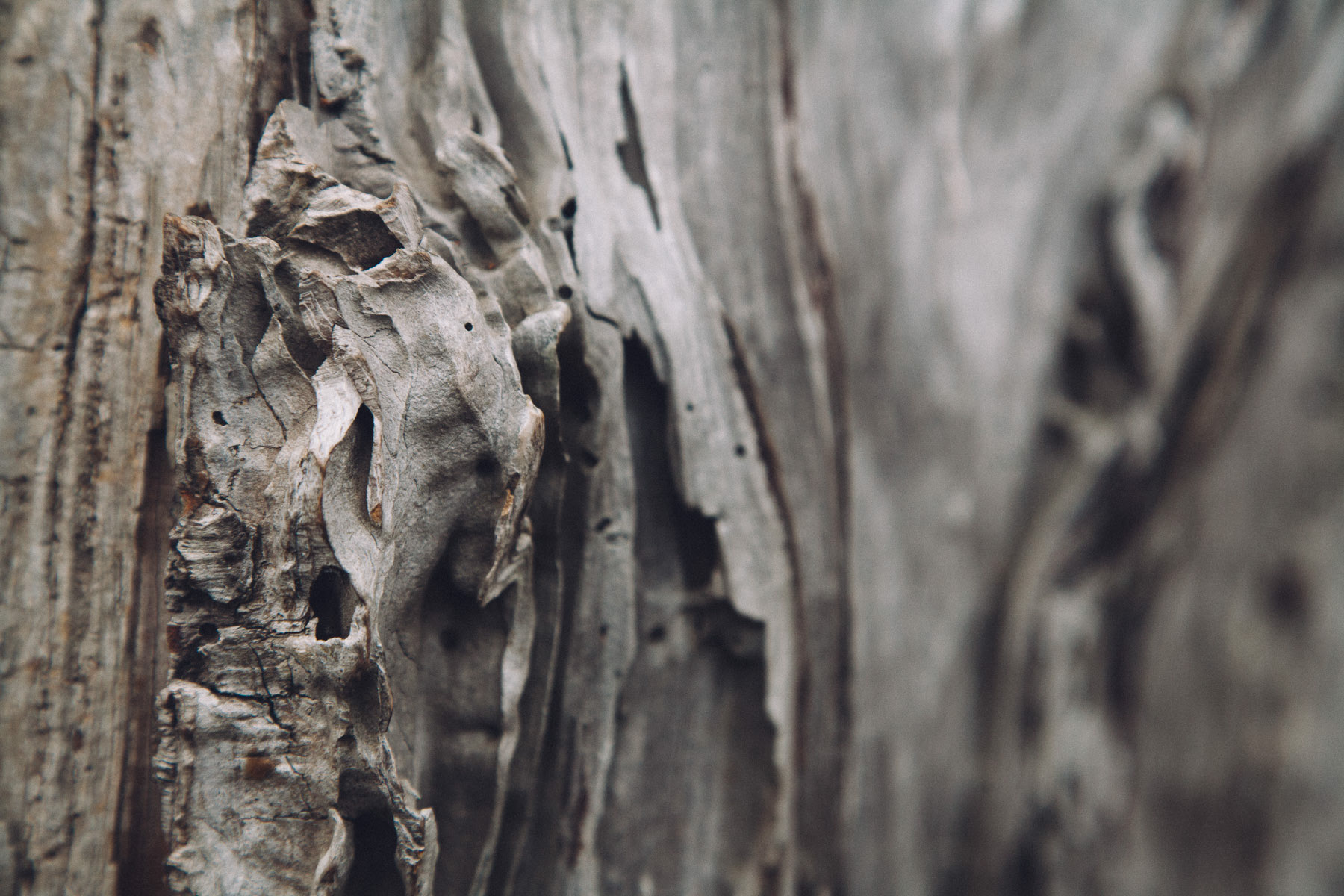 The drive serves as the main road through the gated community of Pebble Beach. Inside this community, nonresidents have to pay a toll to use the road. Like the community, the majority of 17-Mile Drive is owned and operated by the Pebble Beach Corporation.

It's been said that only God can make a tree. But now mere mortals are stepping forward to argue about who owns a tree's image. The tree in dispute is the Lone Cypress, portrayed in these pictures (above and below). It certainly is a landmark on California's northern coast. For decades, tourists have paid a fee to travel the private road known as the 17-Mile Drive to glimpse the famed Pebble Beach Golf Links and to pose for photographs in front of the tree, one of a rare species native to this area, which stands in majestic beauty on a craggy point of rock in the Pacific Ocean.
Besides the countless tourist snapshots, the tree has been photographed by Ansel Adams and Edward Weston and an army of other commercial photographers. It has been captured in oils for canvases sold in dozens of art galleries in neighboring Carmel. Merely to see a photograph or painting of it serves to place the viewer on this stunning stretch of coastline between Monterey and Big Sur. Just to show how famous is this tree, there is an entire Tumblr account dedicated to pictures of it.
Now, the Pebble Beach Company, which owns the property, is arguing that when people see a depiction of the Lone Cypress, the association they make is not so much with the wild natural beauty of the area as with the company and its resort complex here. A drawing of the tree was registered as the company's trademark in 1919. Kerry C. Smith, a San Francisco lawyer who represents the company, said the trademark protected not only the logo but also the tree itself. 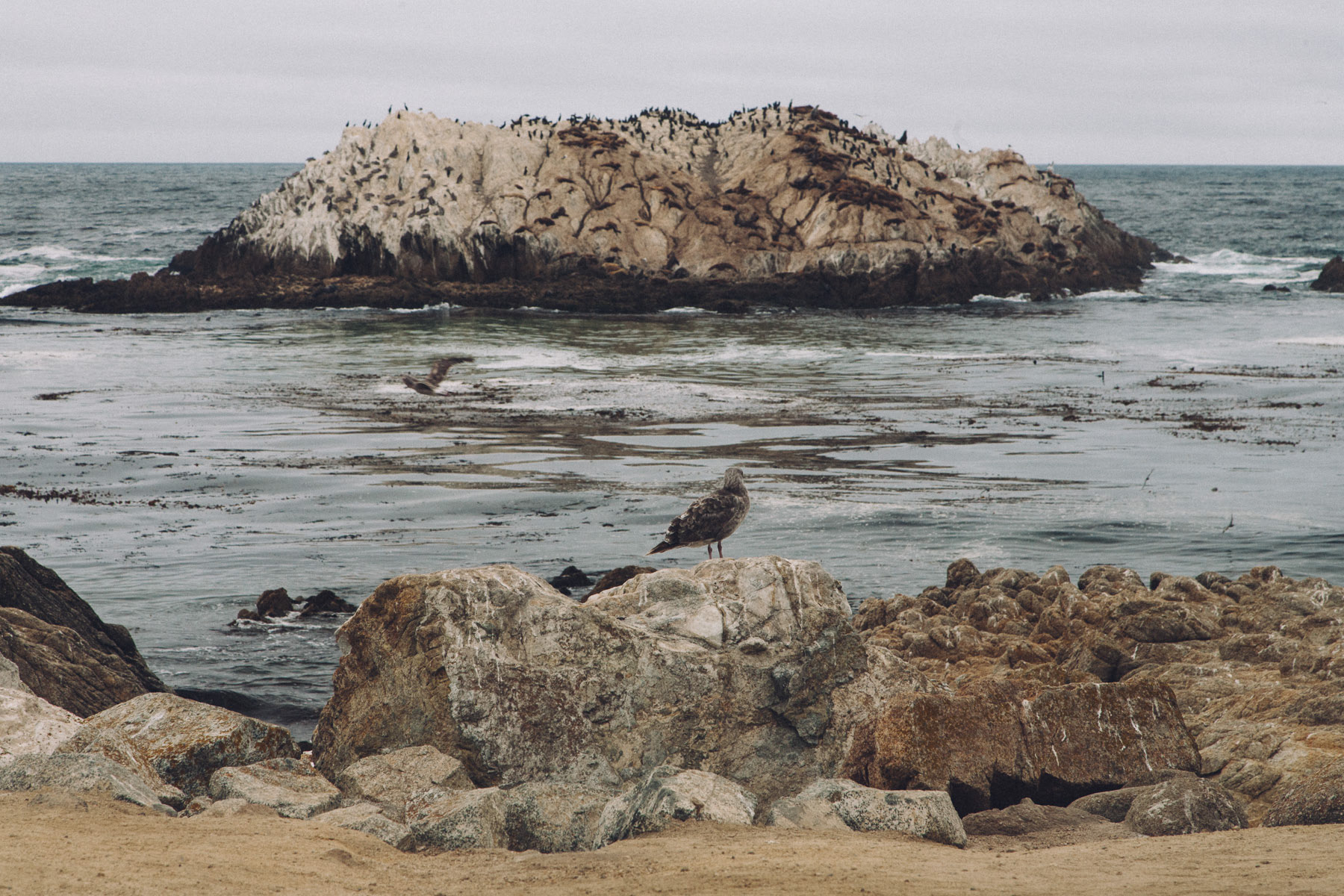 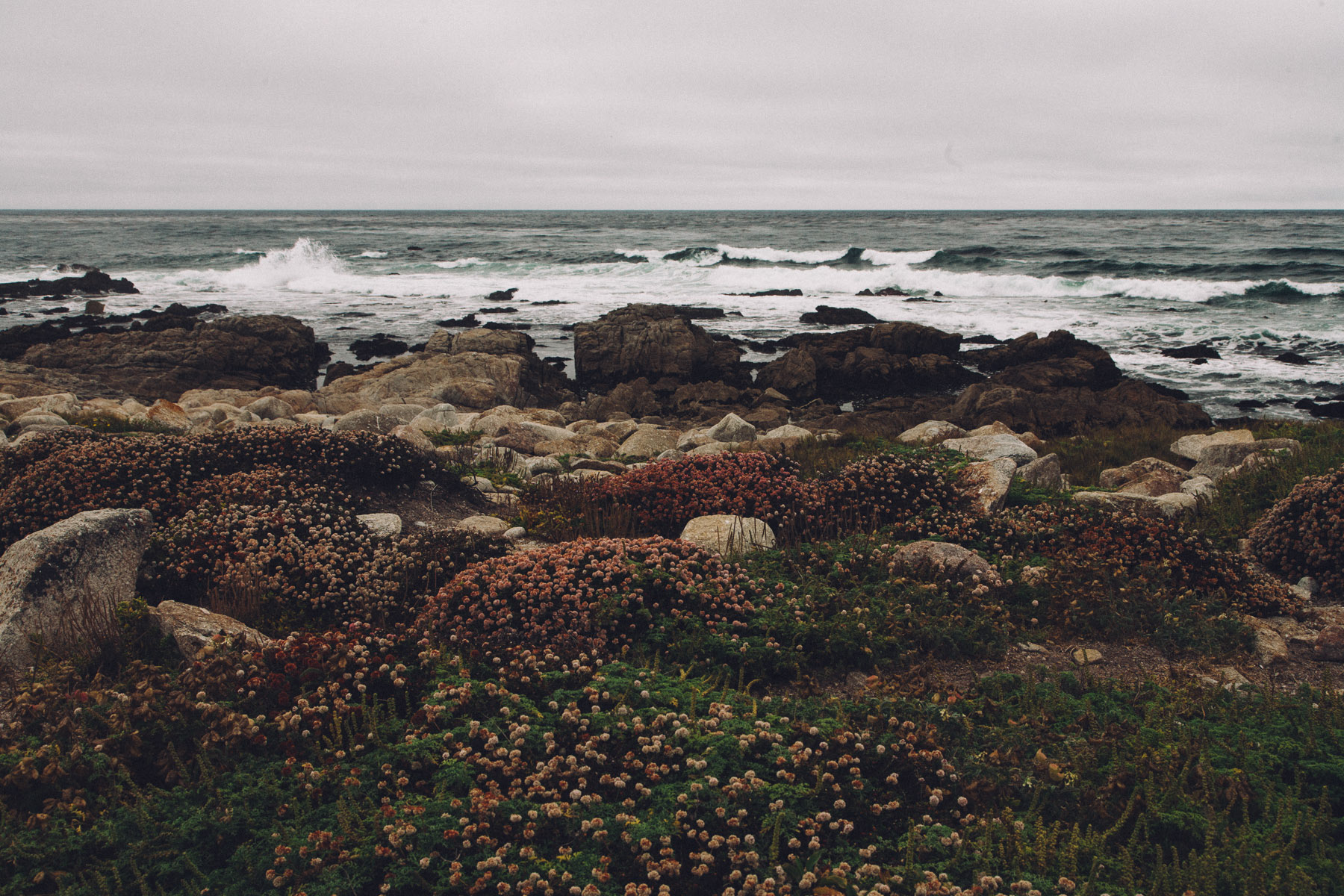 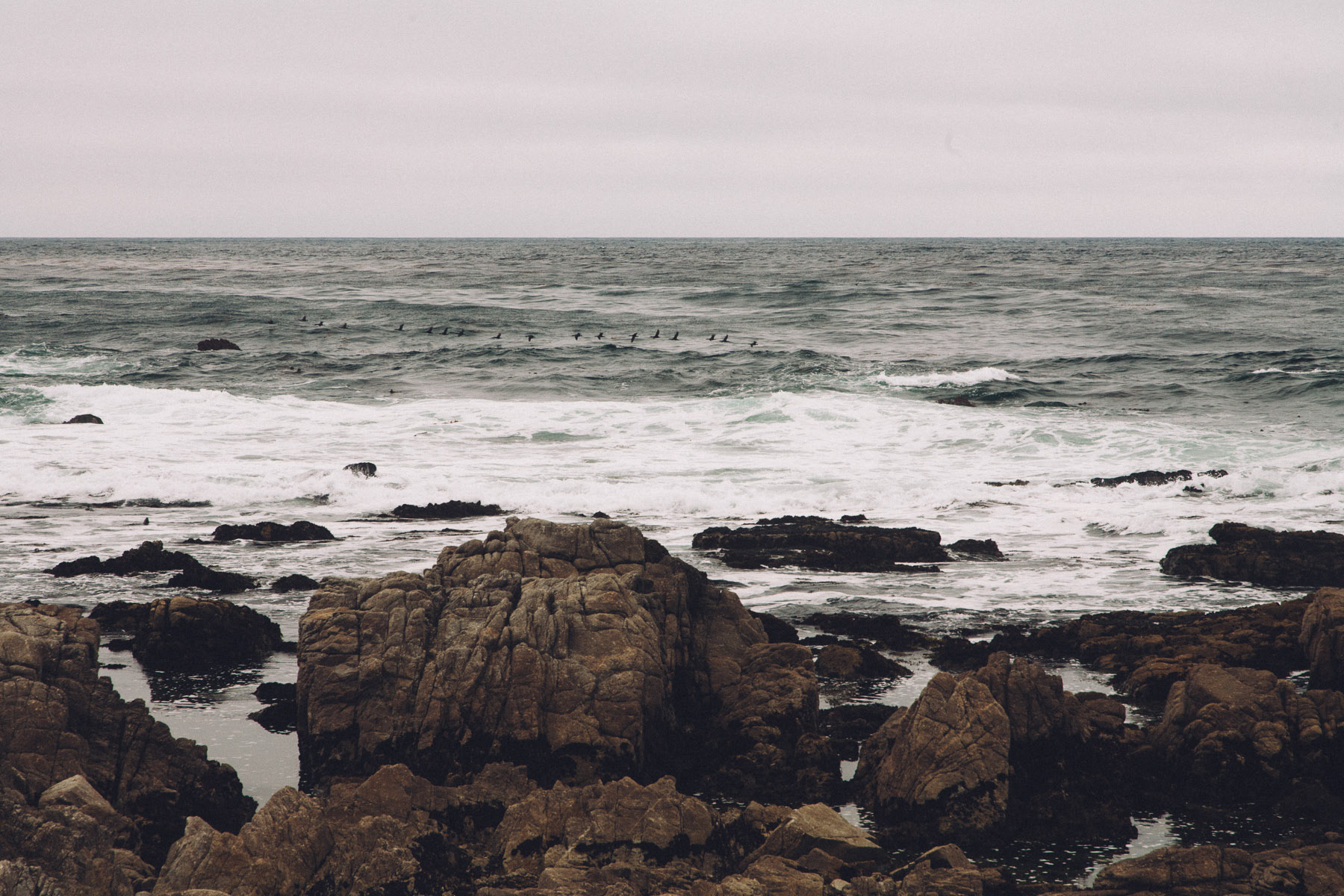 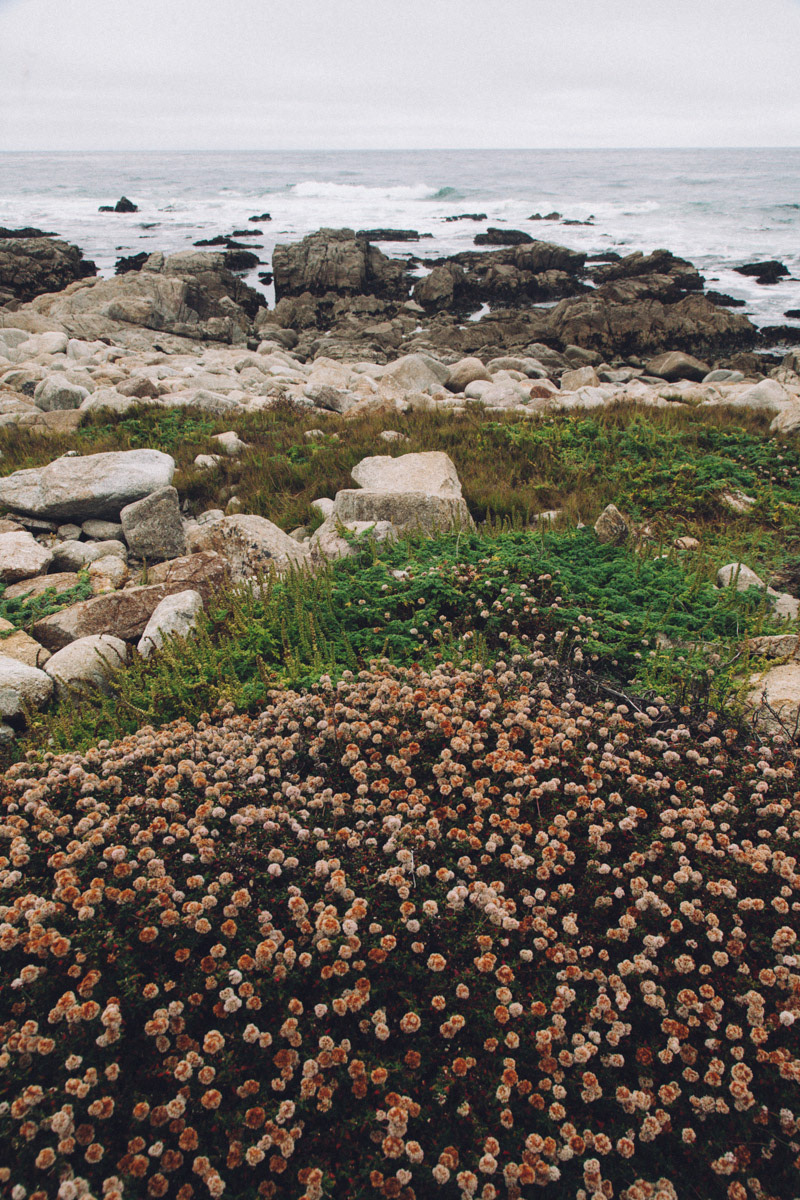 This was the last picture from our 2009 cross-country road trip.
Technically speaking the trip lasted another couple of days, which we spent visiting Yasuko's cousin in Newark, near San Francisco.
When we returned the rental at the airport, before leaving for New York, the odometer read 5575 miles. But you already knew that from the title of this story, didn't you?
↑Back to Top